by M. Bouffant     at 11:23
What passed for humour in our day. Well, a little after "our day," assuming said day was sometime in the early '60s when we (& some of the rest of America) were still innocent/ignorant. 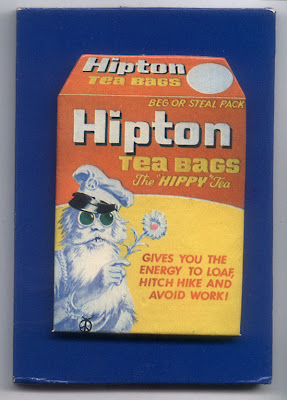 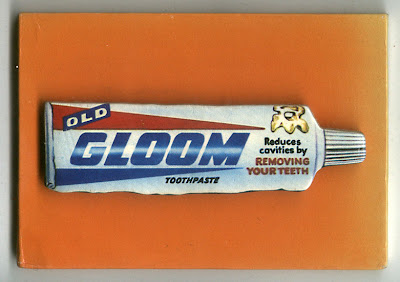 Known affectionately among collectors as “Wacky Packs,” as a creative force with artist Art Spiegelman, the stickers were illustrated by such notable comics artists as Kim Deitch, , Bill Griffith, Jay Lynch, and Norm Saunders.

Sweet fucking Jeezis, you'd think that an on-line bookselling outfit could write at least one simple sentence w/o extra commas or backwards syntax. If they can't do that, how can you expect them to fill your order correctly? There's a reason this web log isn't signed up w/ Amazon to pimp their shit in exchange for whatever pittance they offer. Fuck 'em. That kind of crap is for whores. No name will be mentioned. 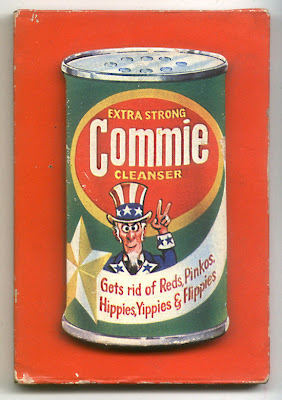