We had a shorter version of this a while ago. So while waiting for the new Bin Laden video to hit the Infobahn, let's take a peek at this from Slate. (Take note of Dr. P. referring to a remote control as an "automatic selector." He really is trapped in the 18th century.) And if we can't get the damn thing to embed, you may have to use the link.

OK, it didn't embed well enough to play w/in this item, but if you click on the empty frame it will at least play in a separate window, & you won't be sent all the way to Slate. (Speaks well for you, Slate. Really well. Perhaps it's this "Brightcove" outfit that seems to be hosting Slate's videos. Remind us to avoid them in the future. YouTube/Google were able to solve their embedding problems. How long will it take you?) 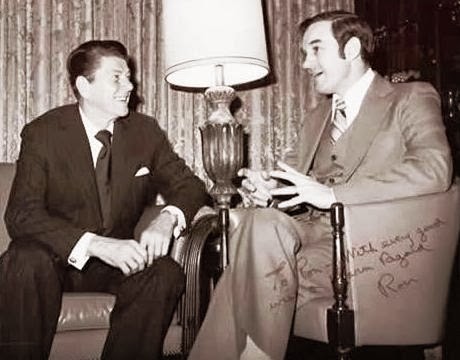 UPDATE (7 September 2007 @ 0345 PDT): Here's Dr. Ron, constitutionalist, w/ his 180º wrong take on that pesky ol' First Amendment. And the full version of the text mentioned in the second link. Here's a clue or two for you, Doc: Neither your nor my nor anyone else's taxes should pay for anything to do w/ religion. And if you're so fucking big on freedom & liberty, etc., why shouldn't we have a choice between bullshit hypocritical moralizing handed down from above, w/o recourse because it's been handed down from above, and putting our trust (such as it is, not our "faith") in a democratically elected, representative gov't.? Here's the big quote from the Doc, not original to him, but a common theme among the "no king but Jeezis" element:

Moral and civil individuals are largely governed by their own sense of right and wrong, and hence have little need for external government.

Got that? "External" government is for you moral weaklings who don't know how to "govern" yourselves, because you don't spend your spare time being lectured about an invisible man in the sky and how "He" wants you to live. So, to go along w/ that unchanging, written in fire on stone tablets Constitution of ours (the one that never mentions "god" or a "creator") we can assume that Dr. P. thinks laws need not apply to white male property holders who go to church.

Orcinus, as is their wont, go into extensive detail about the doctor & his supporters. If you want links to far Reich-wingnuttia, you got 'em.

And a tip of the chapeau to ChrisV82 (for the Lew Rockwell.com link) & Svlad Jelly (for the Orcinus link) both of them commenting @ alicublog, where the proprietor has some things to say about Wednesday's Fox News Channel Republican Q & A session.

UPDATE (9 September 2007 @ 2326 PDT): Said favicon was a white cross on a blue circle. It's now back to the generic Microsoft/Windows/IE "e." Did someone notice?