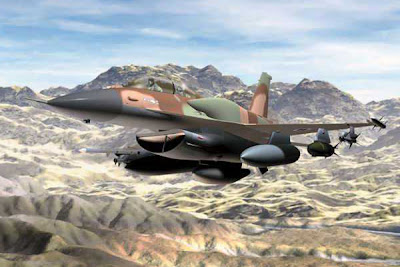 As mentioned directly below, last Thursday, 6 September 2007, Israeli F-16Is bombed a "large underground" Syrian facility. Now "experts" & "sources," all of them anonymous, would like you to believe that what the F-16s targeted were "nuclear materials," possibly of North Korean origin. Of an Israeli, a Syrian & an American who went on the record, the American was the lowest ranking & most willing to imply & accuse, as reported in Rupert Murdoch's TimesOnline:

Andrew Semmel, a senior US State Department official, said Syria might have obtained nuclear equipment from “secret suppliers”, and added that there were a “number of foreign technicians” in the country.

Asked if they could be North Korean, he replied: “There are North Korean people there. There’s no question about that.” He said a network run by AQ Khan, the disgraced creator of Pakistan’s nuclear weapons, could be involved.

Note this paragraph from the NYT:

“If I were the Iranians, what I’d be freaked out about is that the other Arab states didn’t protest” the airstrike, said George Perkovich, vice president for studies at the Carnegie Endowment for International Peace. “The Arab world nonreaction is a signal to Iran, that Arabs aren’t happy with Iran’s power and influence, so if the Israelis want to go and intimidate and violate the airspace of another Arab state that’s an ally of Iran, the other Arab states aren’t going to do anything.”

Just Another Blog™ wishes to hell it could have some confidence in what the United States gov't. has to say about anything, let alone what it plans to do.