Wasn't There a Doobie Bros. Song About Black Water? (UPDATED) 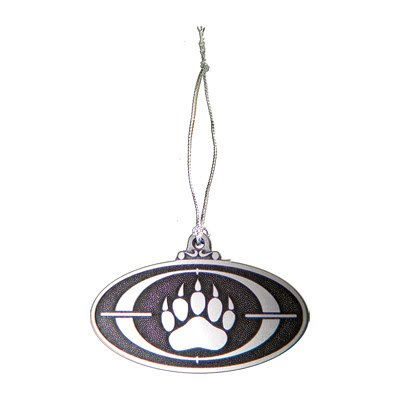 The "somewhat popular" Tbogg leads us to a Politico report on Mittens Romney's connection to Blackwater USA. Here are the hot parts:

The top counterterrorism and national security adviser to Romney’s presidential campaign is Cofer Black, vice chairman of Blackwater USA.
[...]
It’s become de rigueur for campaigns to assemble teams of experts to advise candidates and bolster their bona fides, particularly on their weaker issues. In tapping Black as a senior adviser to the campaign, Romney said in an April statement: “Black’s experience at the forefront of our nation's counterterrorism efforts will be a tremendous asset.”
And three days before the Blackwater shootings, Romney announced Black would lead the campaign’s 10-member counterterrorism policy group. Black served nearly 30 years in the CIA, eventually heading its counterterrorism efforts and later those of the State Department, before joining Blackwater in 2005 as vice chairman. After the shooting, though, a Romney spokesman would not say whether Black has advised Romney on the use of security contractors in Iraq. Nor would he elaborate on Black’s role in the campaign or answer specific questions about whether the U.S.’s level of oversight over security contractors is adequate.
The spokesman directed questions to Blackwater, whose spokeswoman did not return telephone and e-mail messages.
[...]
An aide to Rep. Duncan Hunter (Calif.), the ranking Republican on the House Armed Services Committee, said he supports “greater oversight of private security contractors including imposing more robust reporting requirements as part of their contracts.” Hunter, who is running a long-shot campaign for the GOP presidential nomination, appears to be the only presidential candidate to have accepted contributions from Blackwater executives, which is somewhat surprising given that company chairman Erik Prince has given more than $230,000 to Republican candidates and committees.
The $2,000 Hunter received from company president Gary Jackson and Prince was for his congressional campaign.
Hunter’s aide said his boss thinks it's premature to consider sanctioning Blackwater or ending its contract “until all of the facts of the incident are known.”

Jeremy Scahill's testimony before the Senate Democratic Policy Committee last Friday is @ The Nation, where commenter Dawn Remington is thnking along the same lines we did in the item below:

The next step by Bush & Cheney will be for these Blackwater Nazi-type mercenaries to turn on the American people. Mark my words.

BusinessWeek has a quickie on the co., too:

Experts say that success -- combined with the murky legal world in which Blackwater operates and its strong ties to Republicans -- that has allowed the company to operate with impunity.
[...]
Blackwater's ties to the GOP run deep. Company founder and former Navy Seal Erik Prince has given more than $200,000 to Republican causes, a pattern of donation followed by other top Blackwater executives. The company's vice chairman is Cofer Black, a former CIA counterterrorism official who is serving as a senior adviser to Republican presidential candidate Mitt Romney.
Members of Blackwater's legal team have included former Whitewater prosecutor Kenneth Starr and current White House Counsel Fred Fielding. The company tapped a GOP-connected public relations firm after the grisly 2004 deaths of four Blackwater employees who were ambushed by insurgents in Fallujah. Their remains were strung from a bridge.
"I'm disappointed it became a matter of politics," said Peter W. Singer, a senior fellow in foreign policy at The Brookings Institution in Washington, D.C. "At the end of the day, it's really about fundamental choices that the nation needs to make: What aspects of your national security do you keep within the control of your government?"

Really, there's no reason not to outsource/privatize policy decisions to the people who'll be carrying out the policies.
UPDATE (24 September 2007 @ 2011): More info on Erik Prince, from some sort of "Christian" (not really, they don't seem to believe that this is a Christian nation, and are more interested in something called "social justice," rather than God's awesome power to destroy evil sinners) website, Talk To Action:

Blackwater was founded by Erik Prince, the son of conservative multi-millionaire, the late Edgar Prince, and the brother of Betsy DeVos, the wife of Dick DeVos, the son of Amway founder Richard DeVos. Over the past two decades, both the Prince and DeVos families have given millions of dollars to Republican Party candidates, and conservative Christian organizations and causes.
[...]
In 1997, Erik Prince founded Blackwater USA, a company that has grown into what journalist Jeremy Scahill terms "the world's most powerful mercenary army," in his recently released book titled "Blackwater."
Both Prince and his company prefer to avoid the spotlight.
[...]
In his bestselling book "Blackwater: The Rise of the World's Most Powerful Mercenary Army" (Nation Books, 2007), Scahill describes the company as "a sort of Praetorian Guard for the Bush Administration's 'global war on terror.'"
He maintains that Prince "has been in the thick of this right-wing effort to unite conservative Catholics, evangelicals, and neoconservatives in a common theoconservative holy war."
[...]In addition to Prince, "A number of Blackwater executives are deeply conservative Christians, including corruption-smeared former Pentagon Inspector General Joseph Schmitz, who is also a member of the Sovereign Order of Malta, which Scahill describes as 'a Christian militia formed in the eleventh century [to defend] 'territories that the Crusaders had conquered from the Moslems,'" Chris Barsanti wote in a review of the book for In These Times.
[...]
Blackwater USA is the brainchild of Erik Prince -- a former Navy SEAL and son of Edgar Prince, a wealthy Michigan auto-parts supplier -- described by Scahill as a "radical right wing Christian mega-millionaire" who is a strong financial backer of President George W. Bush, as well as a donor to a host of conservative Christian political causes.

In the 1980s "the Prince family merged with one of the most venerable conservative families in the United States," when Erik's sister Betsy - nine years his senior -- married Dick DeVos, whose father Richard, founded the multilevel marketing firm Amway. The two families exercised enormous political influence both inside and outside Michigan. "They were one of the greatest bankrollers of far-right causes in U.S. history, and with their money they propelled extremist Christian politicians and activists to positions of prominence," Scahill writes.

Despite what we said earlier in the comments, Mr. Scahill did look at Prince's theocratic interests. Plus we get The Order of Malta. And one of America's most venerable conservative families is behind scam/cult Amway. Is the "Reverend" Sun Myung Moon in here anywhere? Just Another Blog™ may have to go to the library &...Ah, the hell w/ it. Here's the review of Scahill's book mentioned above.