Jesus Saves, Moses Invests, & They Both Wrote the Constitution 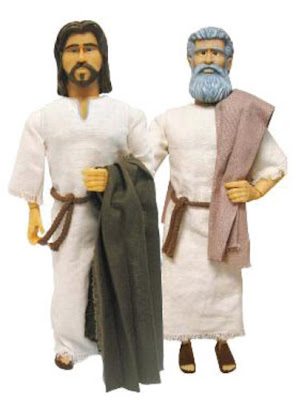 Big John McCain, the "war hero" who was shot down & captured (how does that make him a hero again?) thinks the Constitution of these United States is based on Judeo-Christian principles. That's why references to "God" & "the Creator" are sprinkled throughout the document, of course. And why eating shellfish is a Federal crime. And the First Amendment? Well, it's just that no one proofread it, otherwise it would say: "This is a Judeo-Christian nation, all others can fuck off, but that doesn't mean you can't establish quotas for Joooos."

For years, you've been identified as an Episcopalian. You recently began referring to yourself as a Baptist. Why?
[It was] one comment on the bus after hours. I meant to say that I practice in a—I am a Christian and I attend a Baptist church. I am very aware that immersion is part—as my wife Cindy has done—is necessary to be considered a Baptist. So I was raised Episcopalian, I have attended the North Phoenix Baptist Church for many years and I am a Christian.

What prevents you from taking that final step of undergoing the baptism?
I've had discussions with the pastor about it and we're still in conversation about it. In the meantime, I am a practicing Christian.

Keep practicing John. You'll get it right one of these days. Try practicing a little more Americanism & a little less Christianism, while you're at it.
Oh, lest we forget:

*McCain contacted Beliefnet after the interview to clarify his remarks: “I would vote for a Muslim if he or she was the candidate best able to lead the country and defend our political values.”