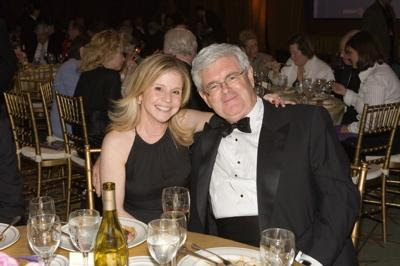 Several days ago we had a good laugh at Newt Gingrich's expense, concerning his appearance yesterday @ AEI. TNR briefly reports on the event. Let's steal the whole thing:

09.10.07
GINGRICH: A LITTLE BIT KOOKY, A LITTLE BIT ... LIBERAL?:
Newt Gingrich gave a speech at AEI this morning in which he presented an "alternative history" of the war on terror as he would have conducted it. The speech was vintage Newt, complete with bold new capitalization (Gingrich says at war with the Irreconcilable Wing of Islam), exciting-but-kooky ideas ("We should give every student in Iran a free cell phone"), and casual suggestions for huge new military operations (Blockade Iran! After all, "We have an entire Navy not currently occupied in Iraq.")
Listening to the speech, though, what I found most interesting was that it also contained a fairly standard liberal critique of the way President Bush has conducted the war on terror. Gingrich faulted Bush for not dedicating enough resources to first responders, for not waging an aggressive public-diplomacy campaign to improve the U.S.'s standing in the world, and for maintaining a visa system that makes it all but impossible for many foreigners to visit or study here. He called for the creation of a "new Geneva Convention against terrorism" and a "Convention on Civilization, the Rule of Law and the Illegitimacy of Terrorism," which sounds a lot like John Edwards's proposed "Counterterorrism and Intelligence Treaty Organization." Gingrich also wants "a genuine Marshall Plan-scale effort to transform the poorest parts of the Islamic world." He even channeled David Broder, saying Bush should have "established an informal bipartisan advisory committee from the Congress which he met with every two weeks," which would have "enabled the President to get far more out of Congress with far less partisanship."

It was heartening to see that a more liberal narrative of the fight against terrorism has taken hold to such a degree that even the Newtster is repeating it--and also nice to be reminded why Gingrich never got closer to the presidency than third in the constitutional order of succession.
--Josh Patashnik posted 6:54 p.m

Oh but the Navy IS occupied in Iraq. The Navy has "loaned" thousands of navy mean and women to prop up the lack of recruitment for the Army and Marines!

The Editor Replies:
To be fair to Gingrich, there probably aren't many ships on the ground in Iraq, but there are plenty of "squiddly-diddlies" (& USAF personnel) serving on the ground there. How long before Navy personnel are getting combat training & packing M-16s alongside the soldiers & Marines?
We should also remember that in the real world, though perhaps not in Newt's "alternate universe," a blockade is an act of war .