"Long Haired, Atheistic Communist..." (Not A Description Of The Editor, Though It Applies) 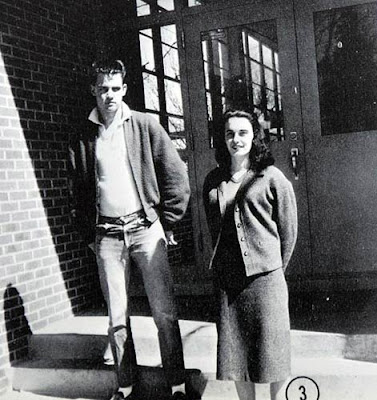 The L. A. Times report on Freddie Thompson, who officially, finally, threw his hat into the ring last night, on The Tonight Show, while avoiding Fox News' Republican Q & A session from New Hampshire (& also avoided some campaign finance reporting requirements by waiting until two days after Labor Day) has already been termed "must read" (at least by the guy who writes Today's Papers for Slate) so let's take a gander:

Freddie Dalton Thompson (Freddie was his legal name, appearing on birth and marriage certificates) was born in 1942 to a family less distinguished than the Lindseys. His grandparents had come off the farm to run a diner near the center of town. His father, Fletch, a used-car dealer, and mother, Ruth, a homemaker, had eighth-grade educations.

Though friends and family say they detected no racial animus in Fletch Thompson -- he had black customers during segregation, when other local businesses didn't -- he signed ads in local newspapers railing against communists and forced integration. An Oct. 21, 1968, newspaper ad signed by Fletch Thompson alone said: "Don't vote for George Wallace . . . if you believe you should let some long haired, atheistic Communist teach your child in college . . . if you believe you should have to bus your child all over the Country to balance the races. . . ."

Father and son remained close, but they disagreed politically that year. "Fred was definitely for Nixon," recalls Bill Crowder, chairman of the Nixon-Agnew campaign in Lawrence County. "He went to all the rallies with us."

Now you have the juiciest parts. Once again, we read, you decide.