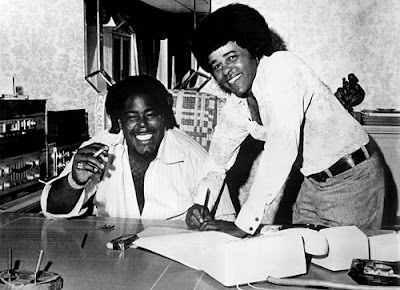 You might have known it as the "Harlem Shuffle." We've always dug it, & we thought that Bob & Earl was as snappy a band name as any (except perhaps Sam & Dave).

Our time is short, so we'll refer you to The Incredible Shrinking Newspaper's©™ obit. Note that Bobby Day of "Rockin' Robin" fame was the original Bob, & that Barry White produced "Harlem Shuffle."