In 1841, the British humour magazine Punch was first published.
(We like to think of ourself as carrying on the tradition. We also like to imagine ourself w/ huge leather bat-wings, among other fantasies. Is Punch still published?)

Good news from the past: Ninety yrs. ago (1918) Czar Nicolas II & his parasitic family received their due justice, execution-style, from the Bolsheviks.

Seventy yrs. ago (1938) Douglas Corrigan, claiming to be headed for Calif., flew to Ireland, thus entering history as "Wrong Way Corrigan." It is suspected that he knew what he was doing all along. 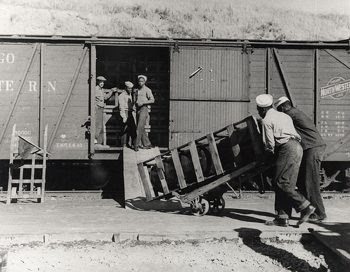 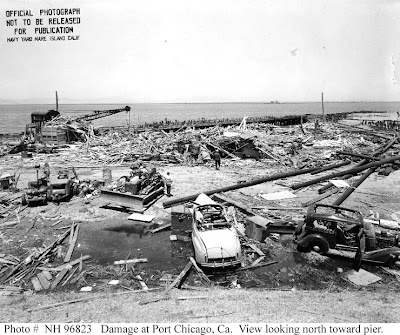 (Almost all of the 322 people killed were African-American, because Navy policy at the time was for black folk to work as stevedores, or as stewards for admirals & other such scum. [John Sidney McCains I & II, for example.] It is now conceded that safety standards for ammo loading were lax, due to U. S. Navy racism.)

Sixty yrs. ago, in 1948, South Carolina Governor Sen. Strom Thurmond was endorsed by a cracker convention in Birmingham, Ala., because that asswipe Truman was going to let "niggers" serve w/ white people in the Armed Services, among other complaints.
(We just wish some Republicans opposed to Grumpy Grampy McCain would do the same thing. It's not too late.)

The Port Chicago explosion was a horrific thing.

Kinda like the Texas City thing. (do I have that name right?) Yeah, I do. 1947. wiki it. "the worst industrial accident in U.S. history."

I thought that it was the National Security Act of 1947 that integrated the armed forces. So Truman did it on his own?
P.

We believe Truman signed an executive order to that effect.

And we wanted to type "nigger" out loud.