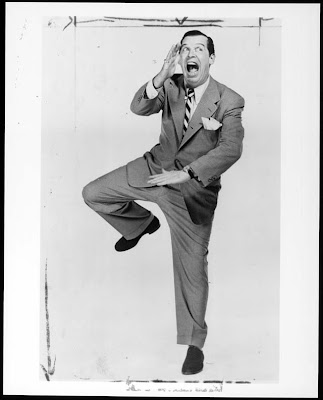 Milton Berle (born Mendel Berlinger in NYC) observes his 100th birthday today, from wherever in the ground he is rotting. Also called "Mr. Television," "Uncle Miltie," via the Texaco Star Theater, pretty much broke the whole telebision thing wide open in the early '50s, as people got sick of visiting the neighbors Tues. nights to watch what was then must-see tee vee, & decided to buy their own sets.

So, Mendel, thanks for ruining This Great Nation of Ours™ by paving the way for an almost infinite selection of mind-numbing crap.

Mr. Berle was also rumored to be hung like a horse. And a half.


UPDATE (12 July 2008 @ 1623 PDT): Berle of course shared the initials "M. B." w/ the editor here, the Milton Bradley game co., Milton Bradley, the Texas Ranger (baseball player, not lawman) & Mercedes Benz. He was also said to have been at least part of the inspiration for another Great American, Bugs Bunny©™. Dig the head shot below. What do you think? 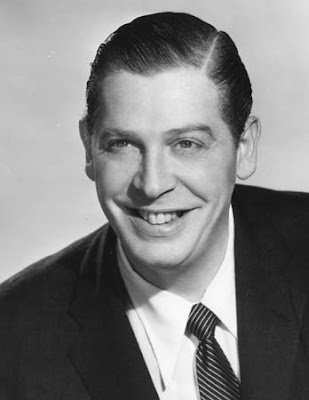