PETA's Flesh Of The Week 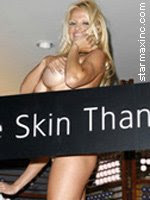 One of many reasons we take no filthy lucre from corporate interests (Also: We'd clear US$2.00/day were we lucky; why bother?) is that we might end up w/ something like Pamela Anderson shilling for PETA on the sidebar. Pervs & the like may have noticed the naked models in cages & other such campaigns PETA has mounted. We certainly have. Not because we were looking, but because that's the sort of story the ink-stained weasels of the press & the telebision news weenies think America wants to watch, & who are we to disagree? The point being not just that PETA knows what sells, but that it's selling this, which we found while searching the 50 Most Emailed Yahoo!® News Photos, in a desperate attempt to find something to mock, or to stare at w/ even-slacker-than-usual jaw for a few moments.

This undated photo provided by PETA shows Lydia Guevara posing on the set of her PETA photo shoot. The granddaughter of Cuban revolutionary leader Ernesto 'Che' Guevara is the face of a new PETA campaign touting 'the vegetarian revolution.' PETA spokesman Michael McGraw says the campaign will debut in Argentina in October and will be seen internationally. It's PETA's first vegetarianism campaign in South America. (AP Photo/PETA) 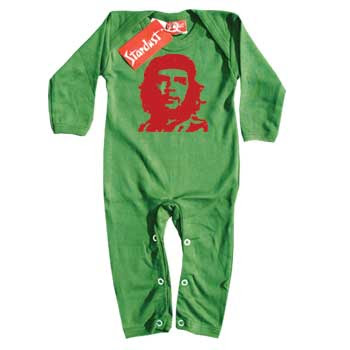 This sort of thing is how eyes are attracted, though we don't what what this will do for Google™ rankings.

Ms. Guevara seems to be headed in the PA direction as well, the weapons beneath her bandolier being awfully perky.