If You Haven't Done Anything Wrong
You Have Nothing To Worry About,
Tea Party Tax Cheaters

by M. Bouffant     at 19:56
If all the worthless assholes, Democratic* & Republican, would shut their fucking cake-holes about what an outrage & horror this IRS-looks-at-the-Tea-Party bullshit is for just a moment & pull their heads from their asses, a few of them might realize it's perfectly sensible to investigate people & organizations whose sole excuse for being was alleged to be displeasure at paying taxes, indeed a revulsion at the very concept of taxes (except poll taxes of course). 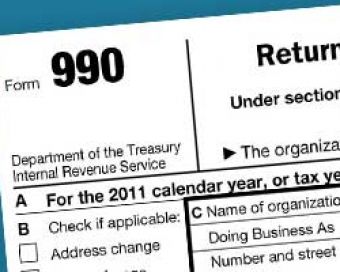 It it really such a stretch of the imagination that outfits pretending that the Tea in Tea Party stood for "Taxed Enough Already" might not be interested in following the finer points of the tax code & could very well be cheating on their taxes? (By the way, what happened to amorphous Republican plans to "close tax loopholes?" Can't close 'em if you don't know what they are.) And why should the government subsidize admittedly anti-democratic & hate-filled organizations that want to overthrow the duly-elected gov't."take our country back?"

Then once the elected clowns shut the hell up maybe the lame-ass media could stop paying attention to the whiny would-be victims. Not a single damn loudmouthed right wing jerk has shut up, stopped typing, been removed from the air or denied Internet access by the government or by anyone else. Nor have any of them made any effort to differentiate between paranoid persecution fantasies & the dull reality where no one gives a shit about them or their personal psychiatric & financial problems.

Irony will come when no one will believe them even as they're crammed onto Amtrak trains & sent to "the east""F.E.M.A. camps" for some education, because they'll have been crying "chilling effect" & "black helicopters" for so long no one will believe them. Or care.*We most specifically mean one Max Baucus of Montana, a deserving recipient of the Hypocrite of a Given Time Period award (A lovely metal trophy, jacketed in copper & launched directly at the recipient.) if this is true. And whenever mentioning the Senator, we like to note that "Baucus corruption" returns about 470,000 results. Will no one rid us of this Senator? (Yes, he's retiring this yr. but former Senator Baucus will surely take the opportunity to replenish the coffers, George Bush style. Expect more & better corruption now that he's free of the Senate.)

It it really such a stretch of the imagination that outfits pretending that the Tea in Tea Party stood for "Taxed Enough Already" might not be interested in following the finer points of the tax code & could very well be cheating on their taxes?

I couldn't have said it better! Plus, aren't the rank-and-file baggers upset that Dick Armey pretty much looted the coffers at Freedomworks?