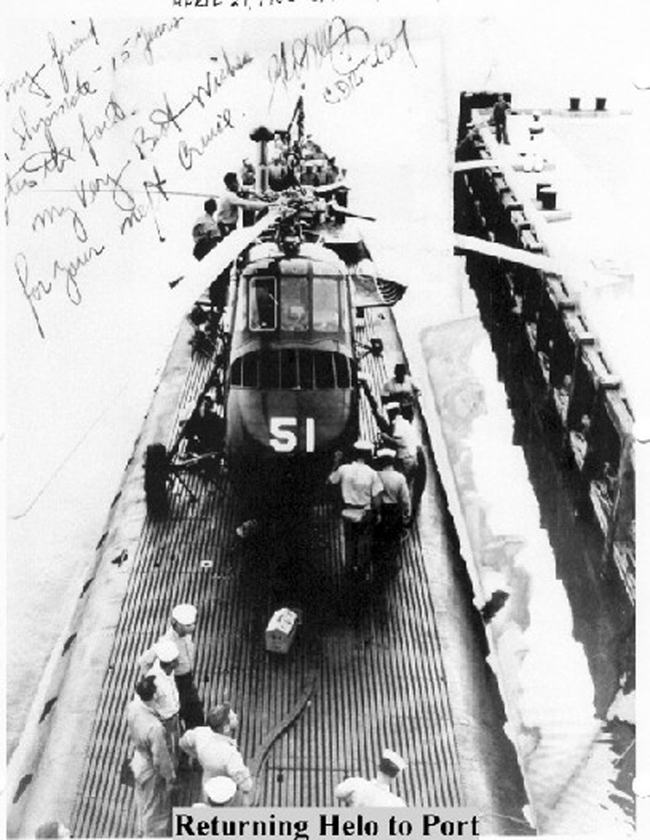 In April 1956, a VX-1 crew in a Sikorsky HSS-1 was conducting dipping sonar trials off Key West using Corporal (SS-346) as a target when cockpit instruments indicated that there was a problem with the main transmission. Since a transmission failure in flight was to be avoided at all costs, the pilot, CDR W.F. Culley, prepared to ditch while, I'm guessing, the sonar operator signaled the submarine to surface.

In any event, the submarine did surface and Culley quickly coordinated a plan with its skipper, LCDR E.O. Proctor, to save the helicopter by landing it on the deck aft of the conning tower. The ad hoc helipad was reportedly only two inches wider than the tread of the HSS-1's tires. It was unorthodox and risky but successfully accomplished with LTJG G.D. Ellis Jr out on deck serving as the first helo/submarine LSO. 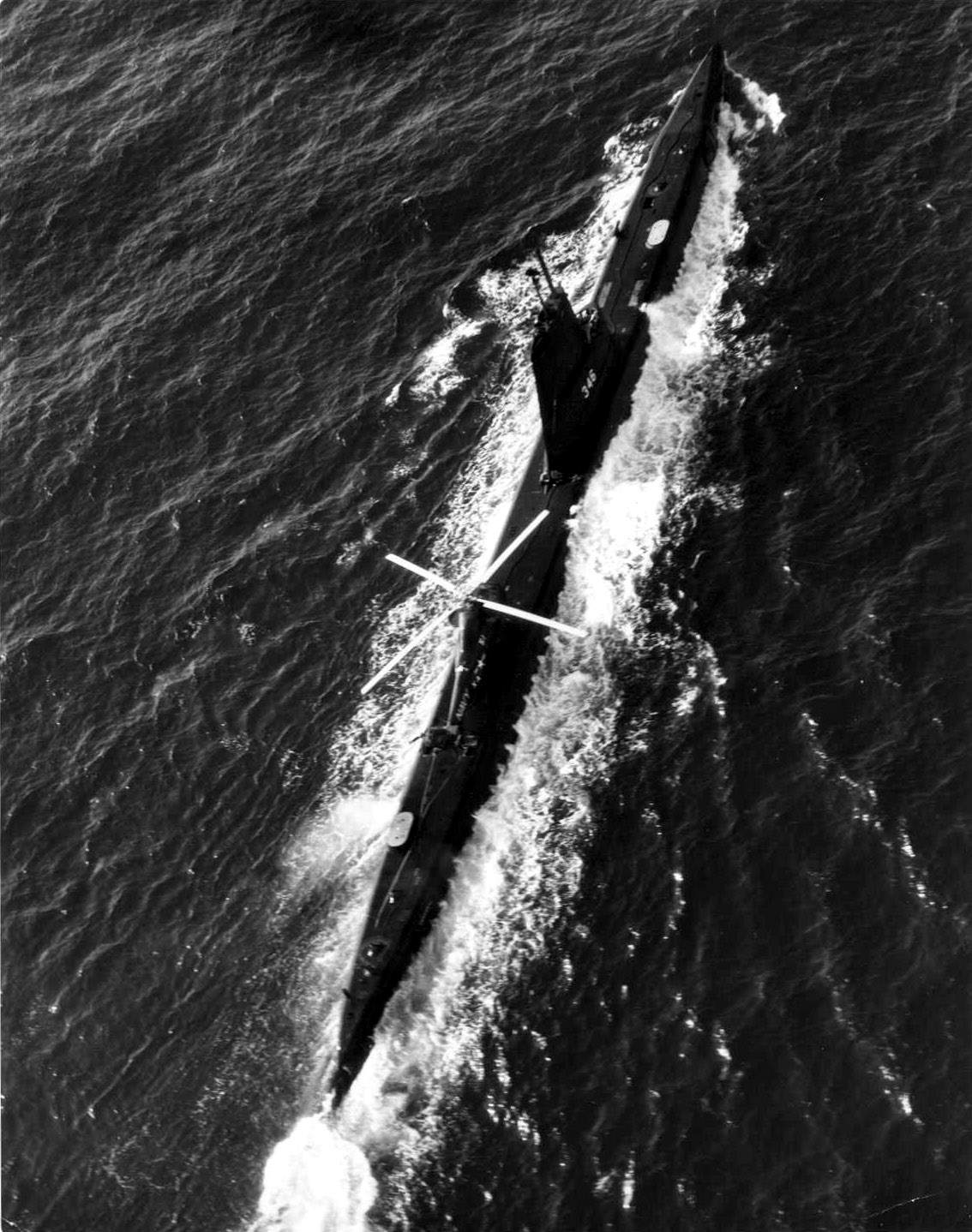