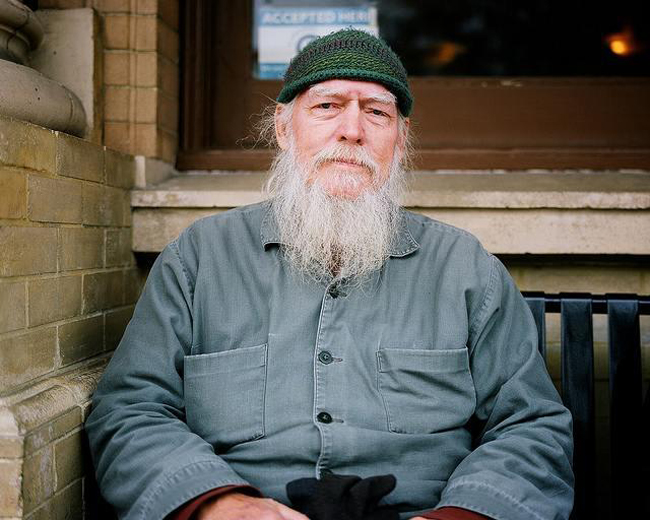 
In need of a guitarist, he suggested Zappa, whom he had met in 1961 and who lived in Ontario and Cucamonga. Zappa was also a writer of sardonic, musically adventurous songs, and within two years the Soul Giants - whose members included drummer Jimmy Carl Black and bassist Roy Estrada - had become the Mothers of Invention, were signed to Verve Records and recorded their 1966 debut album "Freak Out!"

"Too much comedy, too much making fun of stuff," Collins said in an interview in 2009. "I just wanted to make beautiful music. I was raised on Johnny Mathis and Nat King Cole."

We'll tell you one thing: When the band started almost 50 yrs. ago no one expected that the death of a guy who hadn't been a member since 1968 would be an AP story on the CBS website, or whatever the equivalent of that was in 1965.

CLAREMONT, CALIF.Ray Collins, who invited guitarist Frank Zappa to join the band that eventually became the Mothers of Invention, has died at age 75.
Collins' friend Patrick Brayer tells the Inland Valley Daily Bulletin that the musician from Claremont, Calif., died Monday, five days after a heart attack.
Collins brought Zappa to R&B cover band the Soul Giants in 1964. By 1966, they had become the Mothers of Invention, releasing their first album, "Freak Out," on Verve Records.
Collins sang on three albums, then left the Mothers, saying their comedic approach to music didn't suit him.
He pursued little music afterward and spent his last years living in a van, but was a well-known character and conversationalist on the streets of Claremont, a college town east of Los Angeles.
© 2012 The Associated Press. All Rights Reserved. This material may not be published, broadcast, rewritten, or redistributed.

Labels: Decline and Falling Down, Entropy, Existential Agony, Got to Be Free, Local Action, Morbidity Report, Show Biz Lice, Something Good About America, Suffering, The Dialectic, They Call It Music

His only income was Social Security and songwriting royalties, which he joked was enough to survive on but "not enough to pick up women."