Look at that, fellow American! They will tie your limp dick in a knot so you can't father any more white babies! 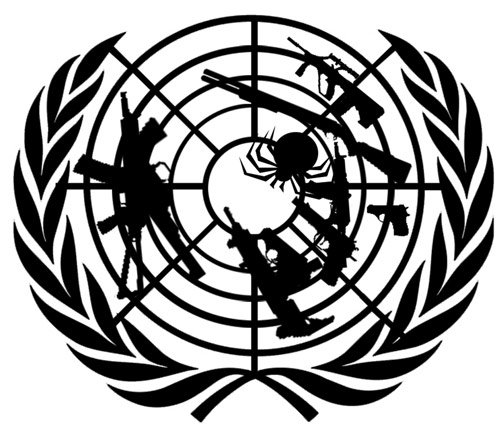 And how does one keep the U.N. from grabbing your guns? Why, by using the U.N. Rand Clicker to sign a survey which both puts you on the right wing sucker list & lets the U.N. troops in their black helicopters know where you & your guns live. But you'll be ready for them w/ your GUNS!!!!

And it goes w/o saying that you should send all the money you can to the National Association for Gun Rights. Some of which, in an amazing coincidence, will go right back to Sen. Rand Paul.

Don't let the America-haters at the U.N. tie your all-American dick in a knot, send money now!!