by M. Bouffant     at 00:01
Today is Monday, Dec. 28, the 362nd day of 2009. There are three days left in the year. The UPI Almanac.Today's Highlight in History:
On Dec. 28, 1832, John C. Calhoun became the first vice president of the United States to resign, stepping down because of differences with President Andrew Jackson.
On this date:
In 1065, Westminster Abbey was consecrated.
In 1694, Queen Mary II of England died after more than five years of joint rule with her husband, King William III.
In 1732, the Pennsylvania Gazette carried the first known advertisement for the first issue of "Poor Richard's Almanack" by Richard Saunders (Benjamin Franklin).
In 1846, Iowa became the 29th state to be admitted to the Union.
In 1856, the 28th president of the United States, Thomas Woodrow Wilson, was born in Staunton, Va. 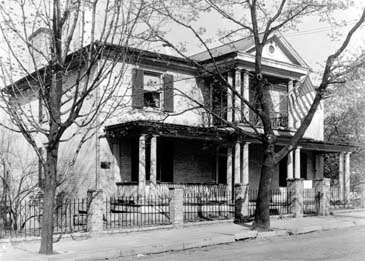 In 1869, the Knights of Labor, a group of tailors in Philadelphia, staged the first Labor Day ceremonies in U.S. history.
In 1905, the forerunner of the NCAA, the Intercollegiate Athletic Association of the United States, was founded in New York City.
In 1908, a major earthquake followed by a tsunami devastated the Italian city of Messina, killing at least 70,000 people.
In 1917, the New York Evening Mail published "A Neglected Anniversary," a facetious, as well as fictitious, essay by H.L. Mencken recounting the history of bathtubs in America. (For example, Mencken "claimed" the first American bathtub made its debut in the Cincinnati home of grain dealer Adam Thompson on December 20th, 1842, and that the first White House bathtub was installed in 1851 at the order of President Millard Fillmore.)
In 1937, composer Maurice Ravel died in Paris.
In 1945, Congress officially recognized the Pledge of Allegiance.
In 1950, advancing Chinese troops crossed the 38th Parallel, dividing line between North and South Korea, to help the communist North Koreans fight U.S.-led U.N. forces.
In 1958, the Baltimore Colts won the NFL championship, defeating the New York Giants 23-17 in overtime at Yankee Stadium, in what has been dubbed the greatest football game ever played. 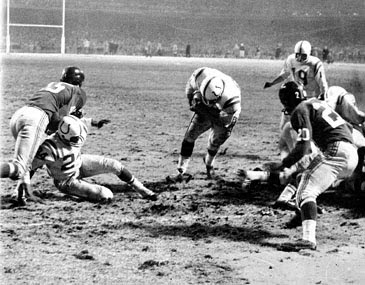 In 1973, Alexander Solzhenitsyn published "Gulag Archipelago," an expose of the Soviet prison system.
In 1981, Elizabeth Jordan Carr, the first American test-tube baby, was born in Norfolk, Va.
In 1982, Nevell Johnson Jr., a black man, was mortally wounded by a police officer in a Miami video arcade, setting off three days of race-related disturbances that left another man dead.
In 1985, warring Lebanese Muslim and Christian leaders signed a peace agreement backed by Syria.
In 1987, the bodies of 14 relatives of Ronald Gene Simmons were found at his home near Dover, Arkansas, following a shooting rampage by Simmons in Russellville that claimed two other lives. (Simmons was later executed.)
In 1989, Alexander Dubcek, the former Czechoslovak Communist leader who was deposed in a Soviet-led Warsaw Pact invasion in 1968, was named president of the country's parliament.
In 1992, in a violent day in Lima, Peru, car bombs exploded outside two embassies, police thwarted a bank raid and rebels launched a missile attack on a police station. Five people were killed, 24 injured.
In 1997, Hong Kong officials announced that all chickens in the territory would be killed in an attempt to eradicate carriers of the avian flu, which had killed several people. One woman was killed, more than 100 other people hurt, when a United Airlines jumbo jet en route from Narita, Japan, to Honolulu encountered severe turbulence over the Pacific.
In 1998, American warplanes exchanged missile fire with Iraqi air defenses; President Bill Clinton said there would be no letup in American and British pressure on Saddam Hussein. Four people were killed when fierce gales struck during an Australian yacht race. Two other people disappeared and are presumed to have drowned.
In 2000, the U.S. Census Bureau announced a total of 281,421,906 people in the nation. The figure was a 13.2-percent increase from the previous census.
In 2001, U.S. President George W. Bush granted permanent normal trade status to China, reversing a 20-year policy.
In 2002, the U.N. nuclear watchdog decided to pull its inspectors out of North Korea by New Year's Eve, a step demanded by the North. Mwai Kibaki and his opposition alliance won a landslide victory in Kenyan elections, breaking the ruling party's 39 year grip on power.
In 2003, officials in Iran's ancient city of Bam said perhaps half the city's population of 80,000 were killed or injured in the earthquake that struck the area. Libya for the first time allowed U.N. nuclear officials to inspect four sites related to its nuclear weapons program.
In 2004, the U.S. Agency for International Development said it was adding $20 million to an initial $15 million contribution for Asian tsunami relief as Secretary of State Colin Powell bristled at a U.N. official's suggestion the United States was being "stingy." Activist and author Susan Sontag died in New York at age 71.
In 2005, former top Enron Corp. accountant Richard Causey pleaded guilty to securities fraud and agreed to help pursue convictions against Enron founder Kenneth Lay and former CEO Jeffrey Skilling.
In 2006, the U.S. Food and Drug Administration ruled that certain meat and milk produced by cloned animals are safe to eat. A Louisiana grand jury indicted seven New Orleans police officers on murder and attempted murder charges related to an alleged 2005 police ambush about one week after Hurricane Katrina struck. President Bush worked nearly three hours at his Texas ranch to design a new U.S. policy in Iraq. [Wow! Three whole hours!! Who puts this shit out? Are we supposed to be impressed? — Ed.] Saddam Hussein's lawyer made a last-ditch effort to impede his client's execution. In Somalia, troops of the U.N.-backed interim government rolled into Mogadishu unopposed, putting an end to six months of domination of the capital by a radical Islamic movement.
In 2007, hundreds of thousands of mourners filled the streets of the Pakistani village of Garhi Khuda Baksh for the funeral of Benazir Bhutto, the assassinated former prime minister. Tempers flared and nine people were killed in rioting before the start of the funeral procession. Six French charity workers who had been sentenced to eight years' forced labor in Chad for allegedly trying to kidnap 103 children were transferred to French custody. (The workers were later pardoned by Chad's president and set free.) Also in 2007, Nepal abolished its monarchy and became a federal democratic republic. President George W. Bush used a "pocket veto" to reject a sweeping defense bill because he objected to a provision that would have exposed the Iraqi government to expensive lawsuits seeking damages from the Saddam Hussein era.
In 2008, a bomb-loaded SUV exploded at a military checkpoint in Afghanistan, claiming the lives of 14 schoolchildren. Two dozen officials from Saddam Hussein's government went on trial for their roles in the deaths of as many as 250,000 of Saddam's opponents in Iraq. The Detroit Lions completed an 0-16 season — the NFL's worst ever — with a 31-21 loss to the Green Bay Packers.
Today's Birthdays: Bandleader Johnny Otis is 88. Comic book creator Stan Lee is 87. 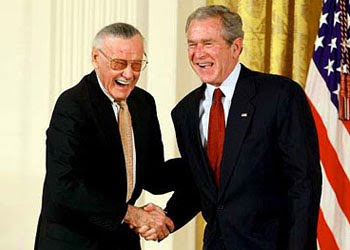 Former United Auto Workers union president Owen Bieber is 80. Actor Martin Milner is 78. Actress Nichelle Nichols is 77. Actress Dame Maggie Smith is 75. Rock singer-musician Charles Neville is 71. Sen. Johnny Isakson, R-Ga., is 65. Sen. Tim Johnson, D-S.D., is 63. Rock singer-musician Edgar Winter is 63. Rock singer-musician Alex Chilton (The Box Tops; Big Star) is 59. Actor Denzel Washington is 55. Country singer Joe Diffie is 51. Country musician Mike McGuire (Shenandoah) is 51. Actor Chad McQueen is 49. Country singer-musician Marty Roe (Diamond Rio) is 49. Actor Malcolm Gets is 45. Actor Mauricio Mendoza is 40. Comedian Seth Meyers is 36. Actor Brendan Hines is 33. R&B singer John Legend is 31. Actress Sienna Miller is 28.
Dead, Yet Today Would Have Been Their Birthday: Earl "Fatha" Hines, jazz pianist (1903); Lew Ayres, actor (1908).
Today In Entertainment History December 28
In 1897, the play "Cyrano de Bergerac," by Edmond Rostand, premiered in Paris.
In 1944, the musical "On the Town," with music by Leonard Bernstein and book and lyrics by Betty Comden and Adolph Green, opened on Broadway.
In 1968, the first big East Coast rock festival opened in Miami. Performers at the Miami Pop Festival included Chuck Berry, Country Joe and the Fish and Richie Havens.
In 1976, bluesman Freddie King died in Dallas at age 42. He was a major influence on British rockers like Eric Clapton.
In 1983, Beach Boys drummer Dennis Wilson drowned while swimming in the harbor at Marina Del Rey, California. He was 39.
In 1991, nine people were killed at a benefit basketball game at City College in New York that featured Run DMC and LL Cool J. The victims were crushed when the crowd surged to get into the gym where the game was to be played.
In 1993, country singer Shania Twain married producer Mutt Lange. They have since divorced.
In 1996, actor Ken Wahl was arrested for allegedly threatening a bartender with a hunting knife in Los Angeles.
In 1999, Clayton Moore, television's "Lone Ranger," died in West Hills, Calif., at age 85.
In 2004, actor Jerry Orbach died in New York at age 69.
In 2005, the body of singer-bassist Barry Cowsill of The Cowsills was found on a New Orleans wharf. He had been missing since Hurricane Katrina three months earlier. Cowsill was 51.
Thought for Today: "Our chief defect is that we are more given to talking about things than to doing them." — Jawaharlal Nehru, Indian statesman (1889-1964).

Labels: Telebision, The Dialectic, They Call It Music, Today In History, Today's Birthday