by M. Bouffant     at 00:01
Today is Tuesday, Dec. 22, the 356th day of 2009. There are nine days left in the year. The UPI Almanac.Today's Highlight in History:
In 1944, during the World War II Battle of the Bulge, U.S. Brig. Gen. Anthony C. McAuliffe rejected a German demand for surrender, writing "Nuts!" in his official reply.
On this date:
In 1772, construction of the first schoolhouse west of the Allegheny Mountains was started in Schoenbrunn, Ohio, by Moravian missionaries.
In 1775, Esek Hopkins was appointed the commander in chief of the Continental Navy.
In 1807, Congress passed the Embargo Act, barring all US trade with foreign countries.
In 1808, Ludwig van Beethoven's Symphony No. 5 in C minor, Op. 67, and Symphony No. 6 in F major, Op. 68, also known as the "Pastoral Symphony," had their world premieres in Vienna, Austria.
In 1858, opera composer Giacomo Puccini was born in Lucca, Italy.
In 1864, during the Civil War, Union Gen. William T. Sherman wrote a message to President Abraham Lincoln which said in part: "I beg to present you as a Christmas-gift the city of Savannah."
In 1894, French army officer Alfred Dreyfus was convicted of treason in a court-martial that triggered worldwide charges of anti-Semitism. (Dreyfus was eventually vindicated.) 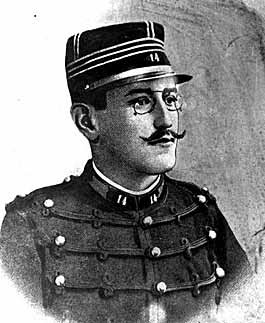 In 1912, Lady Bird Johnson, the wife of President Lyndon B. Johnson, was born Claudio Alta Taylor in Karnack, Texas.
In 1941, British Prime Minister Winston Churchill arrived in Washington, D.C., for a wartime conference with President Franklin D. Roosevelt.
In 1944, during the Battle of the Bulge, Germany demanded the surrender of American troops at Bastogne, Belgium; Brigadier Gen. Anthony C. McAuliffe reportedly replied: "Nuts!"
In 1956, the first gorilla to be born in captivity arrived into the world at the Columbus Zoo in Ohio.
In 1963, an official 30-day mourning period following the assassination of President Kennedy came to an end.
In 1968, Julie Nixon married David Eisenhower in a private ceremony in New York.
In 1972, 5,000 people died when a series of earthquakes left the Nicaraguan capital of Managua in ruins.
In 1977, three dozen people were killed when a 250-foot-high grain elevator at the Continental Grain Company plant in Westwego, La., exploded.
In 1984, New York City resident Bernhard Goetz shot and wounded four youths on a Manhattan subway, claiming they were about to rob him.
In 1988, Brazilian environmentalist Chico Mendes was shot and killed. (A rancher, Darly Alves da Silva, was sentenced in 1990 to 19 years in jail for ordering Mendes slain.)
In 1989, Romanian President Nicolae Ceausescu, the last of Eastern Europe's hard-line Communist rulers, was toppled from power in a popular uprising. 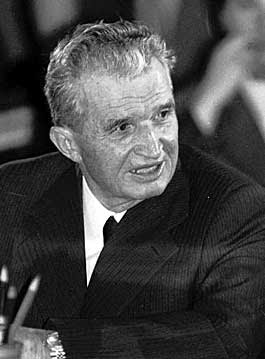 In 1990, Lech Walesa took the oath of office as Poland's first popularly elected president.
In 1997, during his visit to Bosnia, President Clinton thanked American troops and lectured the nation's three presidents to set aside their differences. Gunmen attacked an Indian village in southern Mexico, killing 45 people.
In 1998, a Chinese dissident (Qin Yongmin) was sentenced to prison for trying to organize an opposition party. (Qin remains in prison.)
In 1999, President Bill Clinton urged Americans not to panic despite enhanced security measures prompted by fears of terrorism. An Algerian accused of trying to smuggle nitroglycerin and other bomb-making materials into the United States from Canada pleaded innocent in Seattle to all five counts of a federal indictment. (Ahmed Ressam was convicted in April 2001 of terrorist conspiracy and eight other charges.) Two astronauts from the shuttle Discovery went on a spacewalk to replace broken instruments in the Hubble Space Telescope.
In 2001, Richard C. Reid, a passenger on an American Airlines flight from Paris to Miami, tried to ignite explosives in his shoes, but was subdued by flight attendants and other passengers. (Reid is serving a life sentence.)
In 2002, a defiant North Korea said that it had begun removing U.N. seals and surveillance cameras from nuclear facilities that US officials said could yield weapons within months. Time magazine chose as its Persons of the Year for 2002 three female whistleblowers: FBI agent Coleen Rowley; WorldCom auditor Cynthia Cooper; and former Enron vice president Sherron Watkins.
In 2003, a magnitude 6.5 earthquake hit California's central coast, killing two people. A federal judge ruled the Pentagon couldn't enforce mandatory anthrax vaccinations for military personnel. Colombian rebels freed four Israelis and a Briton held hostage for 101 days.
In 2004, Defense Secretary Donald H. Rumsfeld, stung by criticism that he'd been insensitive to the needs of troops and their families, offered an impassioned defense, saying when he would meet wounded soldiers or relatives of those killed in battle, "their grief is something I feel to my core." Vancouver Canucks forward Todd Bertuzzi received a conditional discharge after pleading guilty to assault, more than nine months after slugging Colorado forward Steve Moore from behind during a game.
In 2005, astronomers announced the discovery of two more rings encircling the planet Uranus.
In 2006, rape charges were dropped against three Duke University lacrosse players, but kidnapping and sexual offense charges remained. (Those charges were later dropped as well.) Space shuttle Discovery returned to Earth after a smooth, 13-day flight to rewire the international space station.
In 2007, a jury in Riverhead, N.Y., convicted John White, a black man, of second-degree manslaughter in the shooting death of Daniel Cicciaro, a white teenager, during a confrontation outside White's house. (The 17-year-old was shot in the face after he showed up with two carloads of friends to confront White's son after a dispute at a party.)
In 2008, five Muslim immigrants accused of scheming to massacre U.S. soldiers at Fort Dix were convicted of conspiracy in Camden, N.J. (Four were later sentenced to life in prison; one received a 33-year sentence.) Toyota projected its first operating loss in 70 years due to the global economic slowdown. The president of Guinea, Lansana Conte, died nearly a quarter of a century after seizing power in a coup; he was believed to be in his 70s. Also in 2008, an earthen retraining wall ruptured at a Kingston, Tenn., power plant, allowing 5.4 million cubic yards of coal and sludge to spill from a storage pond, blocking roads and rail lines, polluting 500 acres of land and contaminating the Emory River.
Today's Birthdays: Actress Barbara Billingsley is 94. Former House Speaker Jim Wright is 87. Actor Hector Elizondo is 73. Country singer Red Steagall is 71. Former World Bank Group President Paul Wolfowitz is 66. Baseball Hall-of-Famer Steve Carlton is 65. ABC News correspondent Diane Sawyer is 64. Rock singer-musician Rick Nielsen (Cheap Trick) is 63. Rock singer-musician Michael Bacon is 61. Baseball All-Star Steve Garvey is 61. Singer Robin Gibb is 60. Golfer Jan Stephenson is 58. Actress BernNadette Stanis is 56. Rapper Luther Campbell is 49. Country singer-musician Chuck Mead is 49. Actor Ralph Fiennes is 47. Actress Lauralee Bell is 41. Country singer Lori McKenna is 41. Actress Dina Meyer is 41. Actress Heather Donahue is 35.
The Less Lively Born on This Date: James Oglethorpe, founder of the American colony of Georgia (1696); Thomas Wentworth Higginson, abolitionist (1823); Connie Mack, baseball player and manager (1862); Edwin Arlington Robinson, poet (1869); Dame Peggy Ashcroft, actress (1907).
Today In Entertainment History December 22:
In 1969, John Lennon and Yoko Ono met for an hour with Canada's prime minister. Earlier that day, they had met with Canada's minister of health to discuss drug abuse.
In 1973, Stephen Stills lost a paternity suit brought on by a Mill Valley, California, woman. The child had been born about two years earlier.
In 1976, singer Isaac Hayes declared bankruptcy.
In 1978, Kenney Jones became the drummer for The Who, replacing Keith Moon, who died four months earlier.
In 1979, the first of four "Concerts for the People of Kampuchea" was held in London. Performers included The Clash, Paul McCartney, The Pretenders and The Who.
In 1983, actors Parker Stevenson and Kirstie Alley got married. They have since split up.
In 1988, Morrissey performed for the first time as a solo act in England.
In 1989, playwright Samuel Beckett died in Paris at age 83.
In 1990, Pearl Jam performed for the first time together, under the name Mookie Blaylock, as the opening act for Alice In Chains in Seattle.
In 1995, actress Butterfly McQueen died of burns suffered when her house outside Augusta, Ga., caught on fire. She was 84. She's probably best known for playing Prissy in "Gone With The Wind."
In 1997, actress Hunter Tylo, whose pregnancy got her fired from TV's "Melrose Place," was awarded 4.9 million dollars by jurors who agreed she'd been wrongfully terminated.
In 2000, Madonna married Guy Ritchie at a church in Scotland.
In 2002, singer-guitarist Joe Strummer of The Clash died of sudden cardiac arrest at his home in southwest England. He was 50.
Thought for Today: "Time is the thief you cannot banish." — Phyllis McGinley, American poet and author (1905-1978).