by M. Bouffant     at 00:01
Today is Sunday, Dec. 27, the 361st day of 2009. There are four days left in the year. The UPI Almanac.Today's Highlight in History:
On Dec. 27, 1968, Apollo 8 and its three astronauts made a successful night splashdown in the Pacific.
On this date:
In 1822, scientist Louis Pasteur was born in Dole, France.
In 1831, naturalist Charles Darwin set out on a round-the-world voyage aboard the HMS Beagle. Darwin's discoveries during the nearly five-year journey helped form the basis of his theories on evolution.
In 1900, prohibitionist Carry Nation carried out her first public smashing of a bar, at the Carey Hotel in Wichita, Kan.
In 1941, Japanese warplanes bombed Manila in the Philippines, even though it had been declared an "open city."
In 1945, 28 nations signed an agreement creating the World Bank.
In 1949, Queen Juliana of the Netherlands signed an act recognizing Indonesia's sovereignty after more than three centuries of Dutch rule.
In 1958, American physicist James Van Allen reported the discovery of a second radiation belt around Earth, in addition to one found earlier in the year.
In 1959, the Baltimore Colts defeated the New York Giants 31-16 to win the NFL championship.
In 1978, Algerian President Houari Boumediene, one of the Third World's most prominent and outspoken leaders, died after 40 days in a coma.
In 1979, Soviet forces seized control of Afghanistan. President Hafizullah Amin, who was overthrown and executed, was replaced by Babrak Karmal. 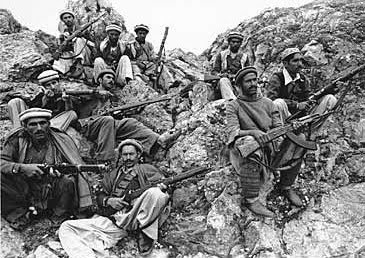 AP correspondent Barry Schlacter
In 1991, a Scandinavian Airlines jet with 129 people aboard crashed and broke apart after taking off from Stockholm. No one was killed.
In 1992, a U.S. jet shot down an Iraqi fighter over southern Iraq's "no-fly" zone in the first such incident since the Persian Gulf War.
In 1997, Britain's Windsor Castle was reopened to the public following restoration work. One hundred rooms of the palace were damaged in a 1992 fire, & Billy Wright, Northern Ireland's most notorious Protestant militant, was shot to death by three members of the Irish National Liberation Army at the Maze Prison outside Belfast.
In 1998, six inmates, including four convicted killers, escaped from Riverbend Maximum Security Institution in Tennessee. (All were recaptured by the end of the next day.) A week after she was born weighing just 10.3 ounces, the smallest of the Houston octuplets (Chijindu Chidera Louis) died from heart and lung failure.
In 1999, space shuttle Discovery and its seven-member crew returned to Earth after fixing the Hubble Space Telescope.
In 2001, President Bush permanently normalized trade relations with China, & U. S. officials announced that Taliban and al-Qaida prisoners would be held at the U. S. naval base at Guantanamo Bay, Cuba. [Yet another "day that will live in infamy." — Ed.]
In 2002, a defiant North Korea ordered U. N. nuclear inspectors to leave the country and said it would restart a laboratory capable of producing plutonium for nuclear weapons. But the U.N. nuclear watchdog said its inspectors were "staying put" for the time being. A suicide truck-bomb attack destroyed the headquarters of Chechnya's Moscow-backed government, killing 72 people. Clonaid, a company founded by a religious sect that believes in space aliens, announced it had produced the world's first cloned baby, a claim subsequently dismissed by scientists for lack of proof.
In 2003, coordinated rebel assaults in Karbala, Iraq, killed 13 people, including six coalition soldiers.
In 2004, the death toll continued to rise in southern Asia in the wake of a huge tsunami triggered by a monster earthquake underneath the Indian Ocean. Opposition leader Viktor Yushchenko declared victory in Ukraine's fiercely contested presidential election. In an audiotape, a man purported to be Osama bin Laden endorsed Abu Musab al-Zarqawi as his deputy in Iraq and called for a boycott of January's elections.
In 2005, Indonesia's Aceh rebels formally abolished their 30-year armed struggle for independence, under a peace deal born out of the 2004 tsunami.
In 2006, Saddam Hussein urged Iraqis to embrace "brotherly coexistence" and not to hate U.S.-led foreign troops in a goodbye letter posted on a Web site a day after Iraq's highest court upheld his death sentence. Former Democratic vice presidential nominee John Edwards jumped into the presidential race a day earlier than he'd planned after his campaign accidentally went live with his election Web site a day before his scheduled announcement.
In 2007, opposition leader Benazir Bhutto was assassinated in Pakistan by an attacker who shot her after a campaign rally and then blew himself up. Show Bidness & Weaponry:In 1904, James Barrie's play "Peter Pan: The Boy Who Wouldn't Grow Up" opened at the Duke of York's Theater in London.
In 1927, the musical play "Show Boat," with music by Jerome Kern and libretto by Oscar Hammerstein the Second, opened at the Ziegfeld Theater in New York.
In 1932, Radio City Music Hall opened in New York City. 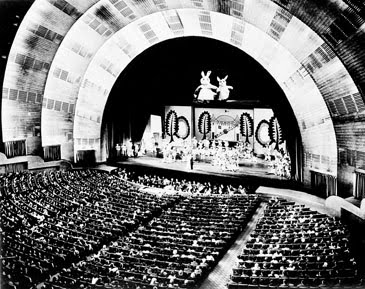 In 1947, the children's TV program "The Howdy Doody Show" made its debut on NBC under the title "Puppet Playhouse."
In 1970, "Hello, Dolly!" closed on Broadway after a run of 2,844 performances. It had opened in 1964.
In 1981, singer-songwriter Hoagy Carmichael died of natural causes at his home in Rancho Mirage, California. He was 82.
In 1985, singer Simon LeBon of Duran Duran and model Yasmin Parvanah got married.
In 1992, singer Harry Connick Junior was arrested in New York's Kennedy Airport because an unloaded gun was found in his carry-on bag. He spent a night in jail.
In 1999, Puff Daddy and Jennifer Lopez were arrested following a shooting at a New York dance club during which three people were shot and wounded. Charges against Lopez were dropped. Puff Daddy was acquitted of gun and bribery charges. Former television executive Leonard H. Goldenson, who'd built ABC into a network powerhouse, died in Longboat Key, Fla., at age 94.
In 2002, Oscar™-winning director George Roy Hill died in New York at age 81.
In 2003, actor Alan Bates died in London at age 69.
Thought for Today: "Everybody gets so much information all day long that they lose their common sense." — Gertrude Stein, American author (1874-1946).