by M. Bouffant     at 00:01
Today is Saturday, December 12th, the 346th day of 2009. There are 19 days left in the year. See the UPI's version.
Today's Highlight in History: On Dec. 12, 1917, Father Edward Flanagan founded Boys Town outside Omaha, Neb.
On this date:
In 1787, Pennsylvania became the second state to ratify the US Constitution.
In 1870, Joseph H. Rainey of South Carolina became the first black lawmaker sworn into the US House of Representatives.
In 1897, "The Katzenjammer Kids," the pioneering comic strip created by Rudolph Dirks, made its debut in the New York Journal.
In 1901, Italian physicist and radio pioneer Guglielmo Marconi sent the first radio transmission across the Atlantic Ocean.
In 1906, President Theodore Roosevelt nominated Oscar Straus to be Secretary of Commerce and Labor; Straus became the first Jewish Cabinet member.
In 1913, authorities in Florence, Italy, announced that the "Mona Lisa," stolen from the Louvre Museum in Paris in 1911, had been recovered.
In 1914, the Dow Jones Industrial Average suffered its worst percentage drop in history - 24.39 percent - on the first day of trading in more than four months. (The New York Stock Exchange had shut down when World War I began in July.)
In 1925, the first motel -- the Motel Inn -- opened in San Luis Obispo, California. [Followed by the opening of the No-Tell Motel & The Snooty Fox on Figueroa not too much later. — Ed.]
In 1937, Japanese aircraft sank the US gunboat Panay on China's Yangtze River. (Japan apologized, and paid $2.2 million in reparations.)
In 1946, a United Nations committee voted to accept a six-block tract of Manhattan real estate offered as a gift by John D. Rockefeller Jr. to be the site of U.N. headquarters. [The first step to world domination by the CFR & The Trilateral Commission. — Ed.]
In 1947, the United Mine Workers union withdrew from the American Federation of Labor.
In 1963, Kenya gained its independence from Britain.
In 1975, Sara Jane Moore pleaded guilty to trying to kill President Gerald R. Ford. [Had she killed him, Nelson Rockefeller would have become President & who knows what would have happened? — Ed.]
In 1981, martial law was imposed in Poland.
In 1985, 248 American soldiers and eight crew members were killed when an Arrow Air charter crashed after takeoff from Gander, Newfoundland.
In 1989, in New York, hotel queen Leona Helmsley, 69, was sentenced to four years in prison and fined $7.1 million for tax evasion. (Helmsley served 18 months behind bars, plus a month at a halfway house and two months of house arrest.) Five Central American presidents, including Nicaragua's Daniel Ortega, called for an end to the rebel offensive against El Salvador's U.S.-backed government.
In 1990, 15 people were killed and more than 260 injured in a pileup of vehicles on a foggy Tennessee highway.
In 1991, the Russian parliament ratified a commonwealth treaty linking the three strongest Soviet republics in the nation's most profound change since the 1917 revolution.
In 1992, Princess Anne, the only daughter of Queen Elizabeth II of Britain, became the first divorced royal in the inner circle to remarry when she wed Cmdr. Timothy Laurence.
In 1998, the House Judiciary Committee approved a fourth and final article of impeachment against President Bill Clinton and submitted the case to the full House. 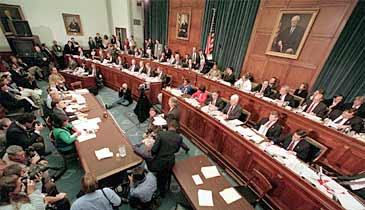 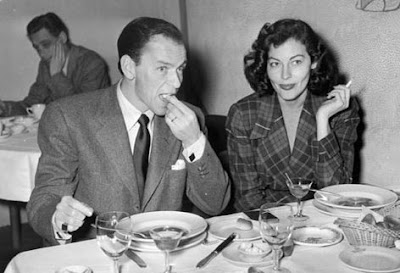 Today In Entertainment History December 12
Seventy years ago, in 1939, swashbuckling actor Douglas Fairbanks died in Santa Monica, Calif. at age 56.
In 1967, Brian Jones of the Rolling Stones successfully appealed his nine-month jail sentence for a drug conviction. He was placed on probation instead.
In 1968, "The Rolling Stones Rock and Roll Circus" was filmed in London, featuring the Stones, Eric Clapton, John Lennon and The Who. It remained unreleased for 28 years. Stage and screen actress Tallulah Bankhead died at the age of 65.
In 1974, the Rolling Stones announced guitarist Mick Taylor had left the band. That same day, the band began work on the "Black and Blue" album.
In 1981, singer Smokey Robinson was honored on an "American Bandstand" special.
In 1990, comedian Robin Williams got a star on the Hollywood Walk of Fame.
In 1991, actor Richard Gere and model Cindy Crawford eloped in Las Vegas. They have since divorced.
In 1997, Autumn Jackson, who tried to blackmail Bill Cosby by claiming he was her father, was sentenced to two years in jail.
In 2001, actress Winona Ryder was arrested for shoplifting more than $5,000 worth of merchandise from a department store in Beverly Hills, California. Also in 2001, actress Ashley Judd married racing driver Dario Franchitti in Scotland.
In 2002,  actor Nick Nolte pleaded no contest in Malibu, California, to one count of driving under the influence of drugs; he was sentenced to three years' probation.
In 2003, Mick Jagger was knighted by Prince Charles. [Are we hallucinating? Was this not retrospectively reported by the AP just a few days ago? — Ed.]
In 2006, actor Peter Boyle died in New York at age 71.
In 2008, actor Van Johnson died in Nyack, N.Y. at age 92.
Thought for Today: "Experience has taught me that the only cruelties people condemn are those with which they do not happen to be familiar." — Ellen Glasgow, American author (1874-1945).