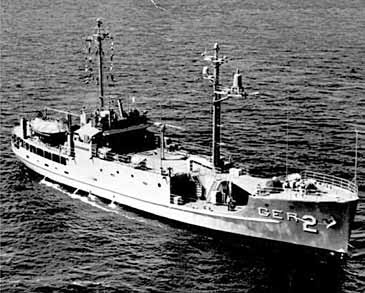 Secretary of State Dean Rusk
On this date:
In 1620, construction began of the first permanent European settlement in New England, one week after the Mayflower arrived at Plymouth harbor in present day Massachusetts.
In 1783, George Washington resigned as commander in chief of the Continental Army and retired to his home at Mount Vernon, Va.
In 1788, Maryland passed an act to cede an area "not exceeding ten miles square" for the seat of the national government; about two-thirds of the area became the District of Columbia.
In 1805, Joseph Smith Junior, principal founder of the Mormon religious movement, was born in Sharon, Vermont.
In 1823, the poem "Account of a Visit from St. Nicholas" was published anonymously in the Troy (N.Y.) Sentinel; the verse, more popularly known as "'Twas the Night Before Christmas," was later attributed to Clement C. Moore.
In 1893, the Engelbert Humperdinck opera "Haensel und Gretel" was first performed, in Weimar, Germany.
In 1913, the U.S. Federal Reserve System was established.
In 1941, American forces on Wake Island surrendered to the Japanese.
In 1947, scientists at Bell Laboratories in New Jersey demonstrated their just-invented point-contact transistor, which paved the way to a new era of miniaturized electronics.
In 1948, former Japanese premier Hideki Tojo and six other Japanese war leaders were executed in Tokyo.
In 1967, President Lyndon B. Johnson, on his way home from a visit to Southeast Asia, held an unprecedented meeting with Pope Paul VI at the Vatican.
In 1972, the Pittsburgh Steelers beat the Oakland Raiders 13-7 in an NFL playoff game on a last-second touchdown catch by Franco Harris that was dubbed the "immaculate reception." 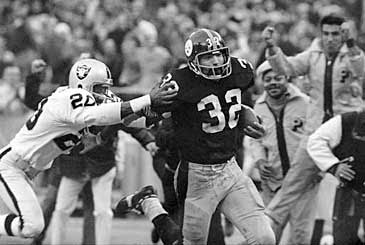 [Illegal, "immaculate," whatever you say, ref. — Ed.]
In 1975, Richard S. Welch, the Central Intelligence Agency station chief in Athens, Greece, was shot and killed outside his home by the militant group November 17.
In 1986, the experimental airplane Voyager, piloted by Dick Rutan and Jeana Yeager, completed the first nonstop, non-refueled, round-the-world flight as it landed safely at Edwards Air Force Base in California.
In 1987, Lynette "Squeaky" Fromme, serving a life sentence for the attempted assassination of President Ford in 1975, escaped from the Alderson Federal Prison for Women in West Virginia. (She was recaptured two days later.)
In 1997, a jury in Denver convicted Terry Nichols of involuntary manslaughter and conspiracy for his role in the Oklahoma City bombing, declining to find him guilty of murder. Woody Allen married Soon-Yi Previn in a small ceremony in Venice, Italy.
In 1999, President Bill Clinton pardoned Freddie Meeks, 80, a black sailor court-martialed for mutiny during World War II after he and other sailors refused to load live ammunition following a deadly explosion at the Port Chicago Naval Magazine near San Francisco that had claimed more than 300 lives. (Meeks died in 2003 at age 83.) The Nasdaq composite index briefly crossed 4,000 and closed at a record high for the 58th time in 1999.
In 2002, Senate Republicans unanimously elected Bill Frist to succeed Trent Lott as their leader in the next Congress. A passenger plane crashed in central Iran during a flight from Turkey, killing 45 people, mostly from Ukraine.
In 2003, the government announced the first suspected case of mad cow disease in United States. A jury in Chesapeake, Va., sentenced teen sniper Lee Boyd Malvo to life in prison, sparing him the death penalty.
In 2004, Democrat Christine Gregoire won the Washington governor's race by 130 votes out of 2.9 million ballots cast, according to final recount results announced from Seattle's King County. Former Connecticut Gov. John G. Rowland pleaded guilty to a corruption charge (he was later sentenced to a year and a day in federal prison — he served 10 months). Assailants claiming to be members of a revolutionary group opposed to the death penalty ambushed a bus in Honduras, killing 28 people, including six children. Two men were convicted in Houston for their role in a smuggling attempt that resulted in the deaths of 19 illegal immigrants crammed in a tractor-trailer. (Fredy Giovanni Garcia-Tobar was later sentenced to 15 years in prison; Victor Jesus Rodriguez, 20 years and seven months.)
In 2006, the U.N. Security Council voted unanimously to impose sanctions on Iran for refusing to suspend uranium enrichment; Iran immediately rejected the resolution. Israeli Prime Minister Ehud Olmert and Palestinian President Mahmoud Abbas held the first Israeli-Palestinian summit in 22 months. California Governor Arnold Schwarzenegger broke his leg while skiing with his family in Sun Valley, Idaho.
In 2008, Rene-Thierry Magon de la Villehuchet, founder of an investment fund that lost $1.4 billion in Bernard Madoff's Ponzi scheme, was discovered dead after committing suicide at his Madison Avenue office. A military-led group seized control of the airwaves in Guinea and declared a coup after the death of the country's longtime dictator, Lansana Conte.
Today's Birthdays: Actor Gerald S. O'Loughlin is 88. Actor Ronnie Schell is 78. Emperor Akihito of Japan is 76. Pro Football Hall of Famer Paul Hornung is 74. Actor Frederic Forrest is 73. Actor James Stacy is 73. Rock musician Jorma Kaukonen is 69. Rock musician Ron Bushy is 68. Actor-comedian Harry Shearer is 66. Retired Gen. Wesley Clark is 65. Actress Susan Lucci is 63. Singer-musician Adrian Belew is 60. Rock musician Dave Murray (Iron Maiden) is 53. Actress Joan Severance is 51. Singer Terry Weeks is 46. Rock singer Eddie Vedder (Pearl Jam) is 45. The first lady of France, Carla Bruni-Sarkozy, is 42. Actor Corey Haim is 38. Rock musician Jamie Murphy is 34. Jazz musician Irvin Mayfield is 32. Actress Estella Warren is 31.
Born On This Date But Gave Up: Egyptologist Jean Francois Champollion, who deciphered the Rosetta Stone (1790); poet Harriet Monroe, founder of Poetry magazine (1860); Manhattan restaurateur Vincent Sardi Sr. (1885); British film executive J. Arthur Rank (1888); actor James Gregory (1911); actor Harry Guardino (1925).
Today In Entertainment History December 23
In 1928, NBC set up a permanent, coast-to-coast network.
In 1964, The Beach Boys made their first appearance on "Shindig!"
In 1967, the Rolling Stones album "Their Satanic Majesties Request" was released.
Forty years ago, in 1969, Diana Ross began her final engagement with The Supremes in Las Vegas. The last show was a few weeks later. Ross was replaced with Jean Terrell.
In 1972, Grand Funk Railroad's rehearsal for a live album in New York was interrupted by former manager Terry Knight, two deputy sheriffs and an attorney. Knight had a court order giving him the right to seize $1 million or equivalent assets, and he took the band's equipment after the show. 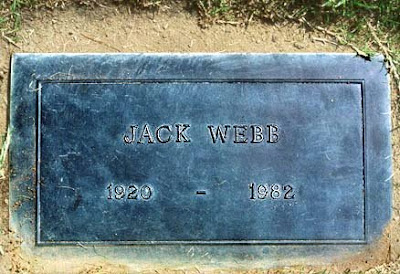 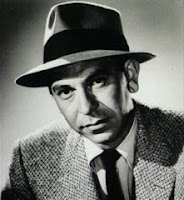 In 1982, actor Jack Webb died in West Hollywood, Calif., at the age of 62. Best known for his role as Sergeant Joe Friday in TV's "Dragnet," Webb was a true renaissance man, an Ed Wood who knew what the sheep wanted, & could get it for them cheap.
In 1985, two fans of Judas Priest shot themselves after listening to the band's "Stained Class" album. Raymond Belknap died instantly and James Vance died in 1988 after lapsing into a coma. In 1990, a judge decided Judas Priest did not place subliminal messages on the album.
In 1997, Woody Allen married Soon-Yi Previn in a secret wedding in Venice, Italy.
In 2003, New York Governor George Pataki issued a pardon to comedian Lenny Bruce, 37 years after Bruce's death. Bruce was convicted of obscenity for using more than 100 words considered dirty during a concert in 1964.
Thought for Today: "You can always spot a well-informed man — his views are the same as yours." — Ilka Chase, author, actress and humorist (1905-1978).

I'll always regret that Webb turned down the role of Dean Wormer in National Lampoon's Animal House. He would have been sensational.

Wow. We'd not heard that. (And recently watched a two-hr. "History" Channel thing on the making of "Animal House," which, obviously, neglected this salient factoid.)

I wonder if Jay Dub could have pulled it off, or if much "acting" would even have been demanded of him.

Not that the multi-talented Mr. Webb isn't the greatest Hollywood-American ever, excepting, of course, Johns Wayne & Ford.

In 1788, Maryland passed an act to cede an area "not exceeding ten miles square" for the seat of the national government; about two-thirds of the area became the District of Columbia.

But Virginia effed us.