There is no God. An individual who believes in a God that actively intervenes in earthly events, keeps an eye on him personally, and listens and responds to his prayers is mistaken. He doesn’t understand basic facts about the world and the provenance of the phone from which he sends text messages, the car that he drives, the antibiotic that cures his bronchitis and the electricity that brightens his home.

Belief in such a God is such an ignorant mistake that there’s something mentally disturbed about it. There’s no dispute at all over whether such a God who created the universe exists. There’s no need to assume his existence in order to explain the world, and there’s no objective evidence of his existence.

Shlomo Avineri argues that “secular intellectuals” who think that “anyone who believes in God and religion is stupid and benighted” commit the sin of arrogance. They do not. Under liberal and enlightened moral standards regarding human rights, orthodox religion is indeed benighted. And anyone who insists on believing in the existence of a God contrary to heaps of evidence that debunks this is indeed behaving stupidly.

Since when is adhering to a proved truth arrogance? Avineri’s statement is fashionable kowtowing to the wave that’s making the country more religious. It’s not arrogance to say that someone who believes that two plus two equals five is stupid.

How can one accuse of arrogance those who fight against the metaphysical foolishness of religion and the moral injustice it entails? It’s the religious who lord it over the atheists and claim exclusive ownership of spirituality, values and belief.

Avineri holds that God and his ordinances aren’t the main thing in religion. Rather, he says, “many of those who cling to religion (in Israel and elsewhere) do this not because they are certain about the correctness of the theological and metaphysical arguments concerning divinity,” but rather because they need “a concrete framework for their self-identity and sense of security as human beings.” This, he says, is the social power of religion: “It’s above all a focus of identity.”

This position is of course the ultimate in arrogance. He prefers not to relate seriously to beliefs and opinions to which many people who cling to religion will swear, or to take seriously the unconscious needs they don’t know they have and which he decries. He describes these people as weak; people devoid of confidence.

But this doesn’t mean that it’s right to identify with his social or psychological motives. We still have to confront his arguments on their merits; it would be arrogant to dismiss them contemptuously as stemming from his psychosocial needs.

We also have to confront orthodox religion with conviction and determination, without the political correctness that emerges from Avineri’s approach. Why should anyone fake hypocritical tolerance and empathy toward a religion that in its essence is against tolerance? We have to speak the truth and stop trying to curry favor. There is no God and belief in him is stupidity.

Even the cretin being refuted admits it's all bullshit: "... because they need 'a concrete framework for their self-identity and sense of security as human beings.' This, he says, is the social power of religion: 'It’s above all a focus of identity.'" At least get your "identities" from something vaguely real, you brain-dead robot cretin sheep.
Shorter: 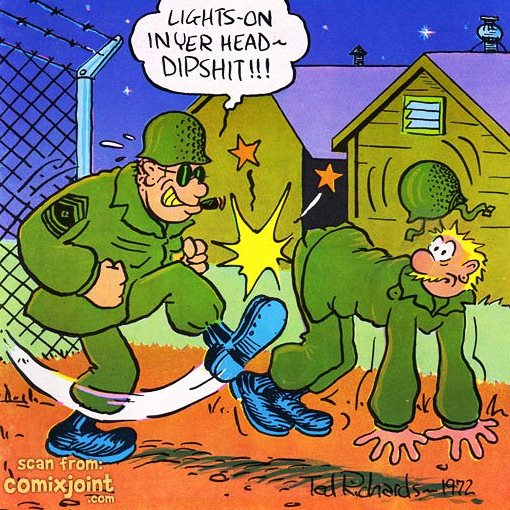 Labels: ConspThry, Denial River, Down W/ Science, Existential Agony, Free Speech Isn't Free, Fuck You, Fucking Sheep, Gawd, Gawd Gays and Guns, Got to Be Free, Hating on Fucking Everybody and Everything, Religiosity

It could be that they are just observing us, in which case, screw them, they are bad guys. If they are paying attention to what’s going on on planet earth, they are a sorry race for not helping. Come on, give us a bone here.

It could be that we are some sort of grand planetary societal experiment, in which case, screw them, they are bad guys. Their experiment sucks and is putting unnecessary and cruel hardship on sapient creatures. It is not possible for an advanced society to let a planet exist in such misery, sheesh, even some lowly humans have recognized the ethical treatment of creatures of lesser intelligence.

Of course it could be that there are no angels, aliens or gods. This would go a long way explaining the situation we find ourselves in, here on planet Earth.

As you can see, the inaction in every scenario significantly indicates that angels, aliens and gods do not exist.

Unfortunately, this also means that if there are angels, aliens and gods, they are the bad guys.

Ghosts & Ghouls Editor Thinks:
The whole "Lookit this tree here but do not mess w/ it" thing seems like a set-up for humanoid failure.