Just hours after meeting with Rep. Phil Roe in his DC office, right-wing conspiracy theorist Chris McDonald was back on his web program declaring that Sen. Dianne Feinstein "needs to hang from a noose." pic.twitter.com/UVaaZ7pyLL
— Right Wing Watch (@RightWingWatch) December 12, 2019

Two big-talk chickenshits & wretched old fucks who'd fall over if you breathed hard on them.

Josh Bernstein: Comey, McCabe, and Others ‘Should Be Swinging From Nooses at Halftime at the Next Super Bowl’

Especially amusing that this cheap thug wanna-be thinks the Super Bowl is just the venue.

For the hell of it, an image of Confederate traitors being hanged, in Washington, D.C., I think, on 7 July 1865. 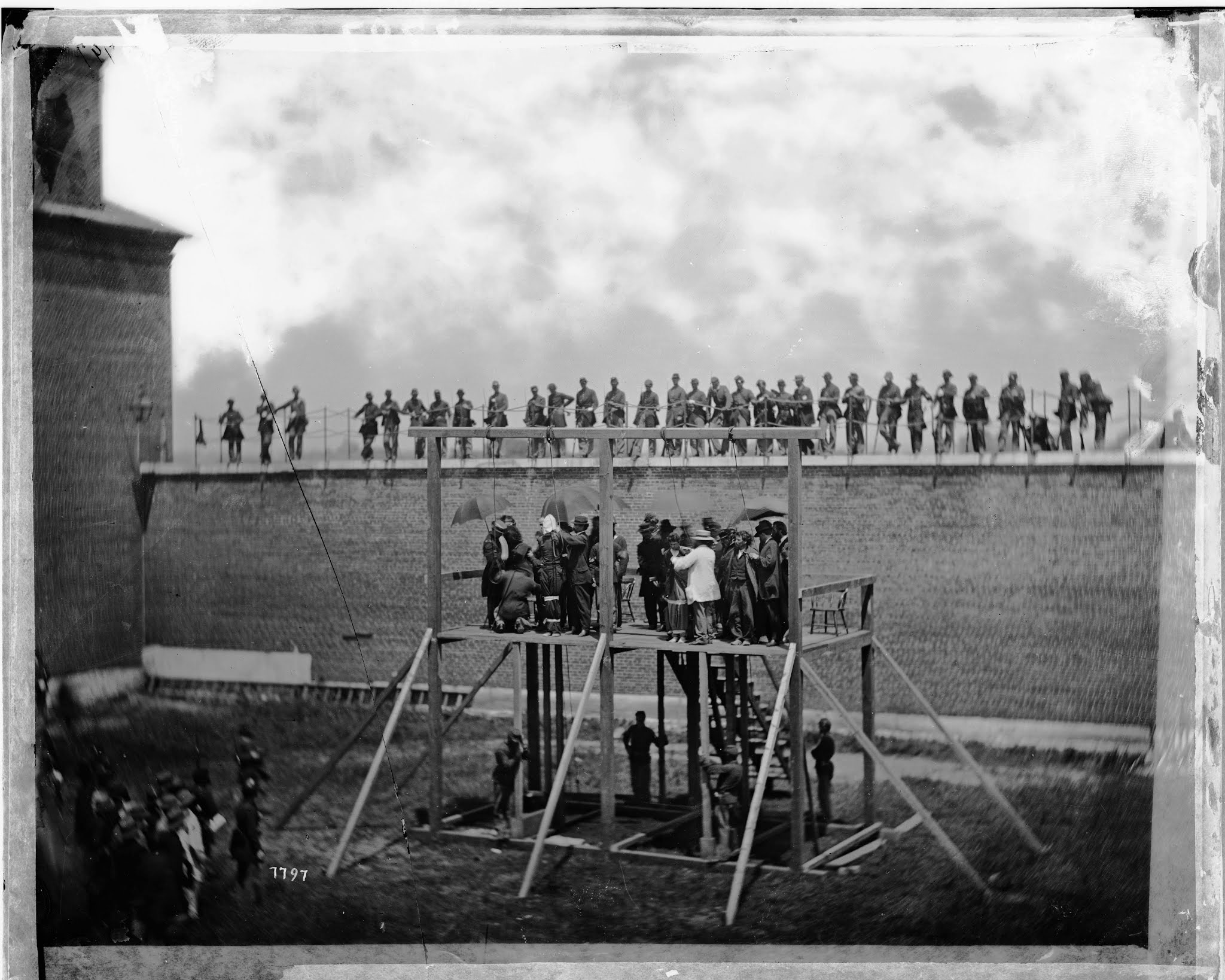