Pretensions Of Culture From The Past

On January 22nd, 1938, Thornton Wilder's play "Our Town" was performed publicly for the first time, in Princeton, New Jersey. In 1953, "The Crucible," Arthur Miller's drama about the Salem witch trials of the 17th century, opened on Broadway. In 1959, Buddy Holly made his last recordings in New York. He died in a plane crash the next month. In 1960, singer Sam Cooke signed with RCA Records. In 1963, Gerry and the Pacemakers held their first recording sessions. In 1967, the Rolling Stones refused to go on the revolving stage during the finale of the British TV show "Sunday Night At The London Palladium." The press saw it as a snub against tradition. In 1968, "Rowan and Martin's Laugh-In," hosted by Dan Rowan and Dick Martin, premiered on NBC. In 1971, the Joe Cocker film "Mad Dogs and Englishmen" premiered in London. The movie was a documentary of Cocker's tour of the same name and featured performances by Cocker, Leon Russell and Rita Coolidge. In 1990, Slash, the guitarist for Guns N' Roses, used a profanity while accepting American Music Awards for his band. Viewers complained to ABC, which had broadcast the show live. The network apologized. Fifteen years ago, in 1994, actor Telly Savalas died, a day after his 70th birthday. 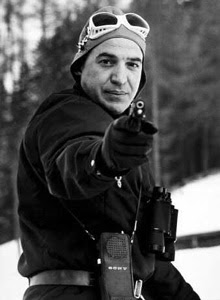 In 1998, singer Toni Braxton filed for bankruptcy, listing liabilities of more than one million dollars. Five years ago, in 2004, Jennifer Lopez called off her engagement to Ben Affleck. [Luckiest guy in the world? — Ed.] Associated Press