by M. Bouffant     at 01:26
Sure, all of these clowns getting the financial shaft warms the cockles of our schadenfreude-infected heart, but this is special. 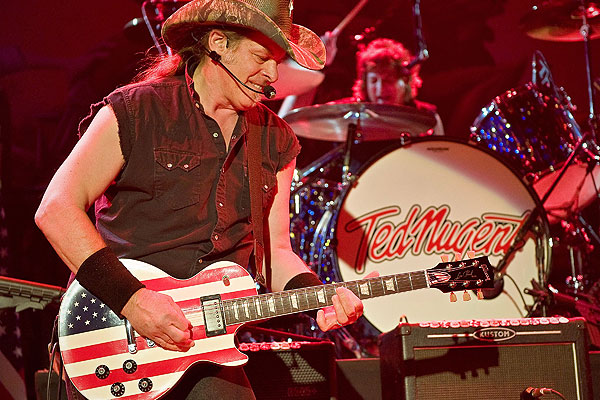 Thanks to 1970s hits like “Cat Scratch Fever” and “Stranglehold,” hard rock guitarist Ted Nugent was at one time among the highest-grossing concert attractions in America, Unlike many other rock musicians his age, he has famously never indulged in drugs or alcohol, instead preferring such diversions as hunting and running a “Kamp for Kids.”

Unfortunately, he still ended up broke. The Nuge found himself in this very situation after his managers invested his considerable wealth into a series of bad business ventures, such as investments in Clydesdale horses and mink farms. Nugent declared bankruptcy in 1980 as a result, but he recovered before the decade’s end and still enjoys a busy career today.

Too bad the ending's so happy.

Less so: Marvin Gaye. We made a couple hundred bucks from his attempt to sabotage the album from which Anna Gordy was to profit.


The late Marvin Gaye is known as one of the greatest soul singers of all time, known for such classic songs as “I Heard It Through the Grapevine” and timeless albums like What’s Going On. However, his love life didn’t match the success of his singing career. His marriage to Anna Gordy was damaged beyond repair when he had an affair with a woman and fathered two children with her.

Gordy filed for divorce, but Gaye had very little money for alimony and child support payments. Despite his impressive record sales, his bank account was nearly depleted, thanks to extravagant spending on cars, real estate and cocaine. Believing that it was the only way she was going to see any money from him, she agreed to take $600,000 in royalties from his next album instead.
Gaye filed for bankruptcy in 1976, and the album in which she held a stake, bitterly titled Here, My Dear, was released in 1978 to scathing reviews and poor sales.

We managed our little profit by working for an outfit that provided video services to touring acts in the pre-MTV days of Don Kirshner's Rock Concert, when bands suddenly realized they couldn't keep up if they remained ugly shoegazers, & had better jazz up the visual part of the show. 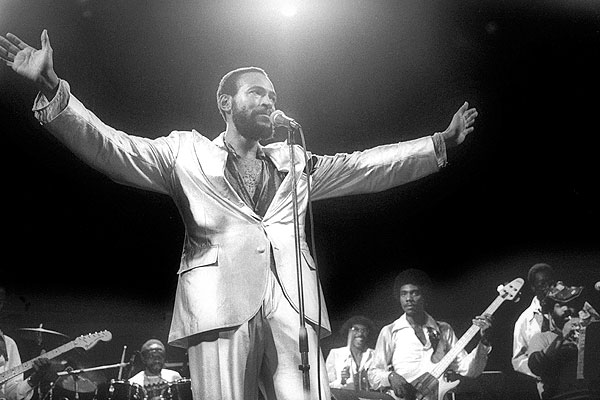 Not that there much necessity of that w/ Marvin: The tour to promote the album was an expensive Vegas spectacle, & hiring [REDACTED] Video Systems to videotape the rehearsals for reference was another extravagance to lessen whatever money the aggrieved Ms. Gordy would see from the album.

Hell, we should listen to it sometime to see if the album itself was a deliberate suckfest.

such as investments in Clydesdale horses and mink farms.

What an ass. Doesn't he know the smart money was in gourmet horse semen?

Shirley, then, he is a horse's ass?

Also, thanks for delaying breakfast another two or three hrs.