WASHINGTON — A major construction company owned by the Chinese government was awarded another contract this week to work on the Trump golf club development in Dubai, further raising questions about potential conflicts of interest between Donald Trump's presidency and his vast real estate empire.

Trump vowed his family business would not engage in any transactions with foreign government entities while he serves as president but the contract is just the latest in a series of business transactions involving his company and the Chinese government.

Are there no American firms that could do this?

On a certain level this is bullshit; I doubt Trump has any actual influence on the project, because I doubt if the Trump Org. actually owns any of this hideous mess. They have neither the cash nor the credit, it's just renting their name "branding". Which gives the actual owner/financier/developer the upper hand in any situation, 'cause you can bet that Trump's brand (now even more devalued by his pathetic performance in Singapore) is as disposable as the slave labor the Chinese will be importing to build Trump International Golf Club Dubai. 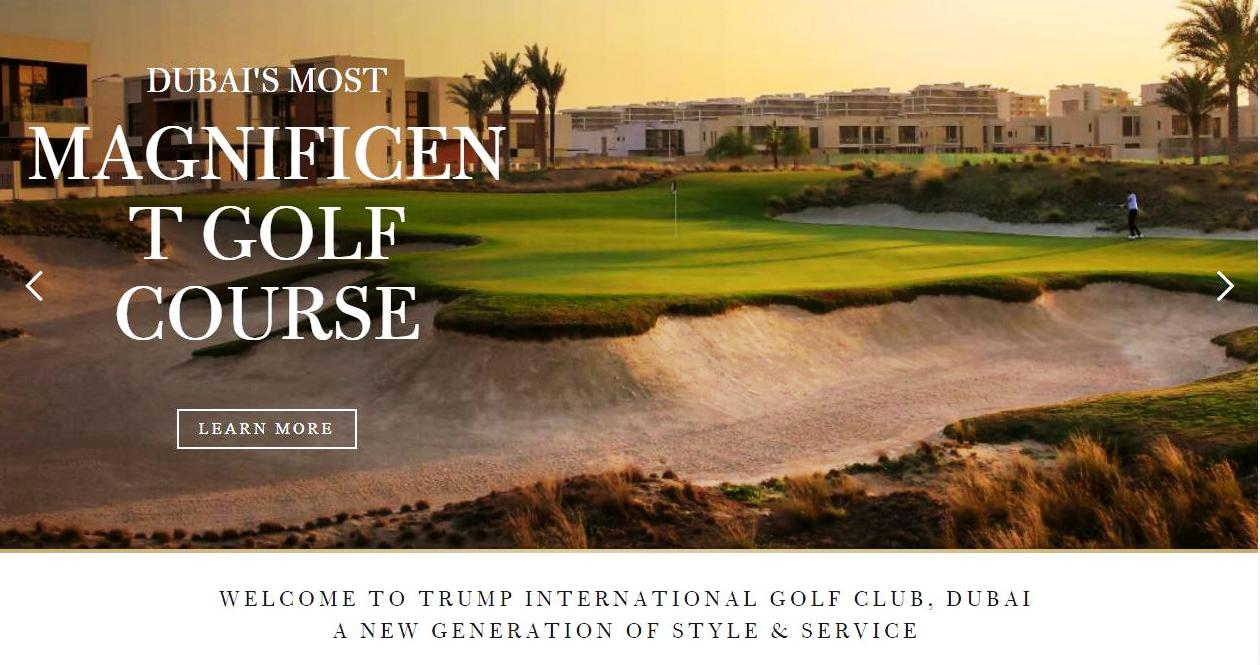