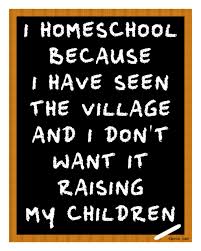 They saw pools of blood splattered across the home’s front stoop, and when they heard moans, the officers forced their way in, Calhoun said.

They dragged the teenage girl out first, and then — not knowing if her attacker lingered inside — dragged out two more victims.

The two older brothers detained by police fled the scene once cops arrived, but a K-9 dog hunted them down about an hour later. They were hiding the thick woods by the country club nearby, Calhoun said.

Neighbors in the close-knit community said the family didn’t mingle much and the kids — who were home-schooled — were kept on a tight leash.

"We've never had any break-ins or disturbances whatsoever. That's why it's so shocking," Helen Hoagland, 88, said.

As if this has anything to do w/ "break-ins or disturbances". In a "close-knit community". Close-knit except for the not-mingling probably entirely too "closely-knit" family w/ its petschildren on a "tight leash". One can only wonder if the bros. alleged to have done it were caught Duggar-ing their relatives.

Or maybe they just wanted to go out with their friends, throw a ball, chase girls, have a beer and a smoke, cuss and spit - normal kid things. And they finally decided to declare their independence with some good old American violence...

Irresponsible Editor:
Probably just that, but it would be irresponsible not to speculate in the most sensationalistic way possible.