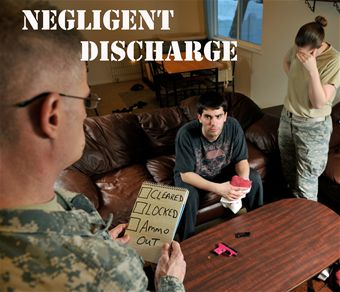 Your incompetent military (When was the last time "we" "won" a war?):

GAINESVILLE, Ga. —
An Army recruiter is recovering after he accidentally shot himself in the leg at the Armed Forces Recruiting Center in Gainesville.

Gainesville police say the shooting happened around 11 a.m. at the location on Dawsonville Highway.

The man was taken to the Northeast Georgia Medical Center in Gainesville. His condition is currently unknown.

Soldiers are not allowed to bring guns inside the center.

Police and Armed Forces investigators are on their way to the center now to assist in the investigation.

The Army's top officer said Friday they would review security at military recruiting and reserve centers in the aftermath of the deadly shooting in Tennessee, but urged caution on calls to arm more soldiers to protect against these kinds of attacks.

Gen. Ray Odierno, chief of staff of the Army, told reporters that arming troops in those offices could cause more problems than it might solve.

"I think we have to be careful about over-arming ourselves, and I'm not talking about where you end up attacking each other," Odierno said during a morning breakfast. Instead, he said, it's more about "accidental discharges and everything else that goes along with having weapons that are loaded that causes injuries."

The general at least knows his incompetent & poorly trained Army of losers.