Are You Threatening Me?
I Will "Cut" You Right Back! 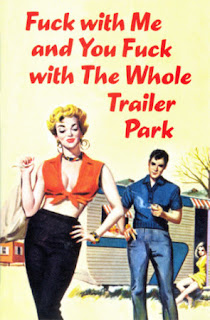 Trustees say the Social Security disability trust fund will run out of money in 2016, which will trigger an automatic 19% cut in benefits - @AP

We'll see what (or whom) gets "cut". I will interpret any such action as a violent physical attack against my person & property, & will respond w/ whatever force is necessary to insure my safety.

You thugs in Congress had best pay attention to the people this time. In case you haven't noticed, we're enraged & we're insane, two very good reasons the gov't. doesn't want us to have guns. If the N.R.A. would like to get involved, this potential cut is a direct assault on the right of the people to have as much money as possible w/ which to buy guns & ammo.

Of course, you know this is completely unnecessary and that they (the Republicans) are doing it deliberately.

Entitlements Editor:
Right. That's why I will cut a mo-fo!