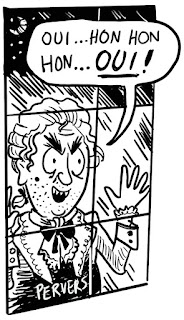 “On the FBI’s list of documents seized from Donald Trump’s Mar-a-Lago estate, item 1a is listed solely as ‘info re: President of France.’ For Trump, that has been a subject of intense — and tawdry — interest for years,” Rolling Stone reports.

“Specifically, Trump has bragged to some of his closest associates — both during and after his time in the White House — that he knew illicit details about the love life of French President Emmanuel Macron … And the former president even claimed that he learned about some of this dirt through ‘intelligence’ he had seen or been briefed on, these sources say.”

"Tawdry". Pathetic jagoff works too. Please, riot in the streets for this sickening jerkwad.