Where Are The Wage-Slaves? 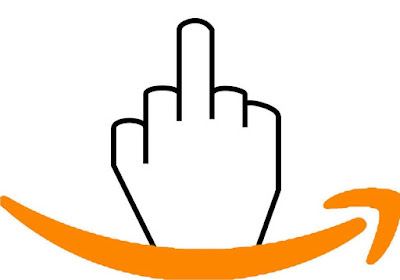 Time to start forcing more births & cutting more school funding so the pool of ignorant truck drivers will be large
enough that Amazon won't be forced to pay a living wage.

Maybe that piece of shit Jeff Bezos can get off his yacht & schlep a few pallets of plastic shit made by slave labor in China around a warehouse while pissing in a bottle.
Somewhat later:

Rather than giving employees the holiday off, Amazon is promoting staff swag and “dress-up week”—a decision some workers and union activists call deeply insulting.

At JFK8 on Staten Island—a warehouse that made history this year by voting to join the grassroots Amazon Labor Union (ALU)—employees are being encouraged to dress in red, green, and black to commemorate the holiday and receive “swag bucks.” In fulfillment center lingo, swag bucks are akin to rewards points that workers can accumulate in exchange for Amazon-branded gear like T-shirts, hoodies, lanyards, and water bottles.

Insult atop injury: Accumulate enough points & we'll give you worthless plastic crap w/ the corporate logo all over it. Free advertising!!