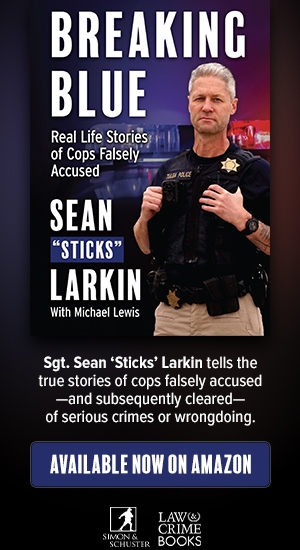 Who gives a flying fuck at a rolling dough-nut about police who were "subsequently cleared"? Maybe if you found one still doing unjust time.
What about all the ossifers who've gotten away w/ every kind of abuse & murder w/ impunity for centuries?
What about all the false accusations police (& prosecutors) have made against the innocent?
I'd have to assume the number of civilians abused by the heat outnumbers all these poor abused coppers by several factors.
And how many cops have been falsely accused by their own oinking brothers right there in the pig-sty, especially after making accusations against other piggies? Serpico, anybody?
Priorities, you fucking dimbulb.
Stupid advert spotted at MEDIAITE, where we were perusing

You can see what a shitty site it is by the censorship & the fact that one has to turn off AdBlock, Gawd's gift to iNternet surfers.
And don't buy anything from The Octopus Amazon.