Dr. Freud refused any long distance (like, from the grave) diagnosis of this image of our new heroine. 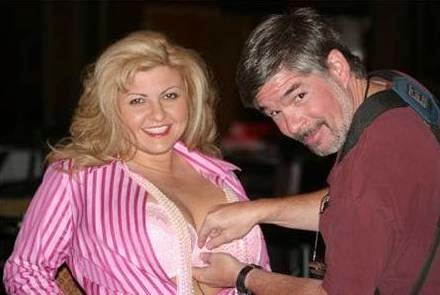 Seems nice, doesn't she? Very nice. (Too nice?) Respects the law, as we already know.

In a transcript obtained by Ralston Flash, Fiore, who called herself a “conservative, Catholic, gun-toting, second amendment, strong-ass woman,”  called Wheeler her “friend” and said that she stood by him. This after she called for Assembly Minority Leader Pat Hickey’s resignation after he said that it would be a “great year for Republicans” since minorities and young people wouldn’t be turning out to vote in a non-presidential race.

Besides supporting Wheeler (who set off a media storm in late October by saying he would vote for slavery if his constituents supported it), Fiore said she carries her gun with her like her underwear.

“And I can tell you, as someone that carries a firearm on me like my panties and bra, I do break the law because I generally carry my gun in places where they say is a gun-free zone, because I’m not going to be a victim of a stupid law.”

She also said Republicans would “arm our teachers, K through 12.”

Fiore defended her use of swear words on the Assembly floor and said Chancellor Dan Klaich “has his head so far where it shouldn’t be.” And speaking of anatomy, Fiore told the assembled Republicans that they were due for some changes.

“We have to either grow a set of brass ovaries or a set of testicles, whichever you prefer, and if you don’t have a set I’ll borrow my brass ovaries. But we have to do it.”

Fiore reiterated that she and Wheeler are “not politicians”, but just regular people.

If you can put up w/ Assemblywoman Fiore for the full thing, do you think she might have had a brew or three at the big Bundy B-B-Q before going on the telly?Unsuccessful candidate for Congress in 2010, & apparently certifiable. 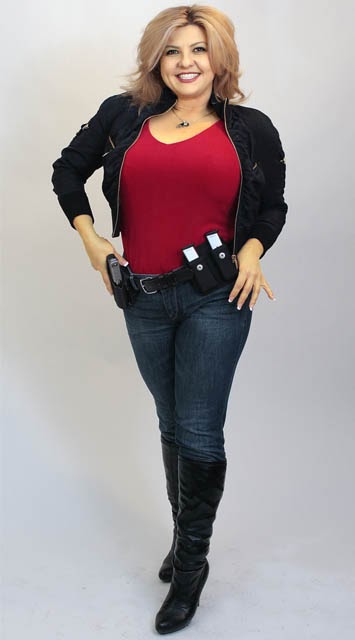 Suddenly I get it: Assemblywoman Fiore just wants to be right in front, guns blazing, maybe astride her four-wheeler when the shit finally comes down & that ex-sheriff puts all the women in front to die first, thereby demonstrating the evil of federal bureaucracy.