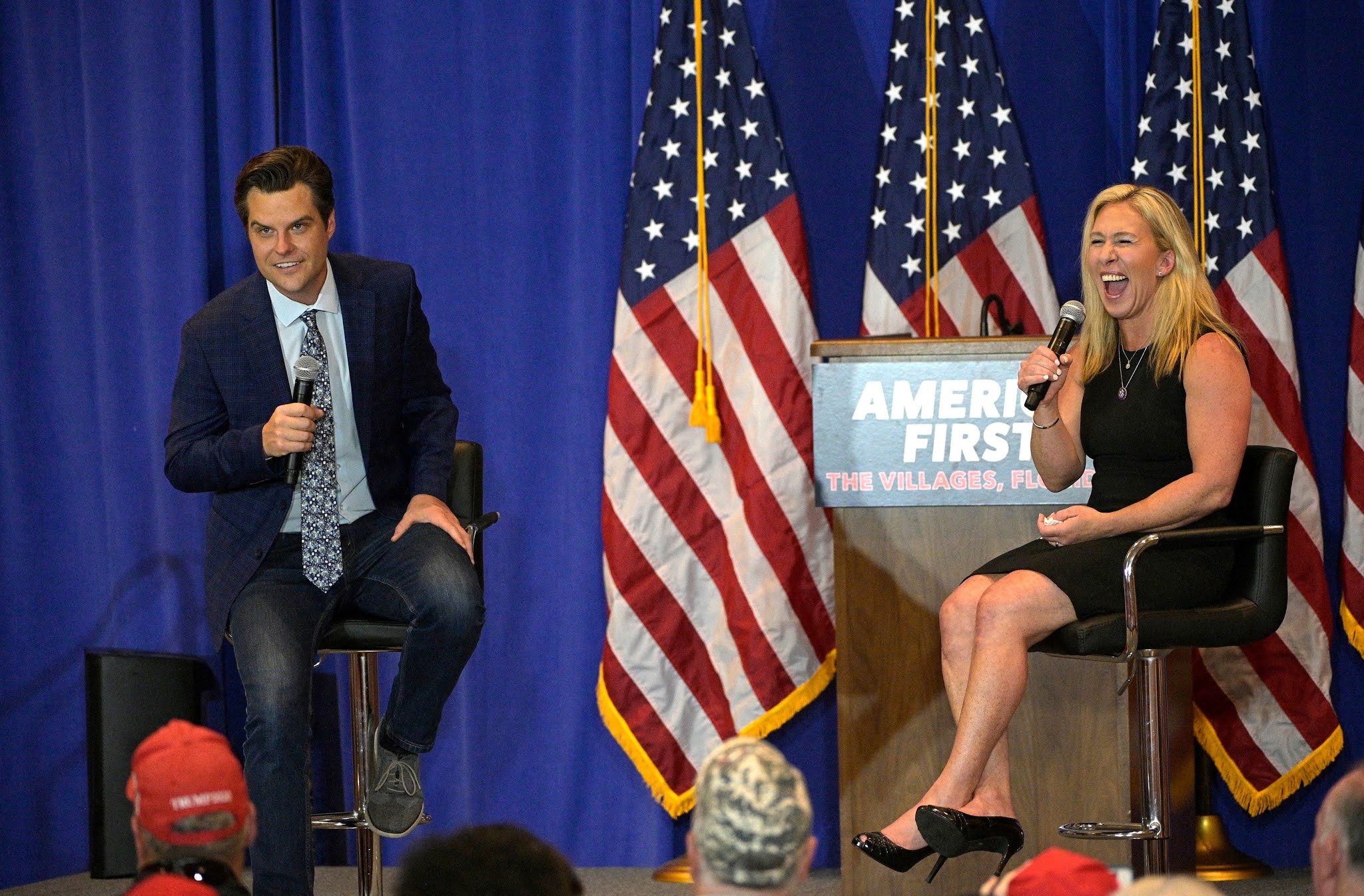 An “America First” rally planned for Saturday at the Riverside Convention Center will not take place, the city announced Friday evening.

Officials with the Raincross Hospitality Corp., which manages and operates the city-owned Riverside Convention Center under contract with the city, told city officials Friday night the event would not take place.

The rally was to feature speeches by Reps. Marjorie Taylor Greene, R-Georgia, and Matt Gaetz, R-Florida.

“I recognize this was a divisive issue in our community, and I am glad it has been resolved,” Mayor Patricia Lock Dawson said. “I commend Raincross Hospitality Corp. for this decision.”

The rally will instead be held at the Anaheim Event Center Saturday night, according to the America First Rally Tour website.

The rally was initially planned for the Pacific Hills Banquet & Event Center in Laguna Hills, but canceled there because “we just want to stay clear of that,” general manager Javad Mirtavoosi told The Orange County Register last week.

[A press release or something recycled by mynewsLA.com. AP photo by Phelan M. Ebenhack.]

Labels: Republicans, The Dialectic, The Militarized Society, The Urge to Kill, These Are Your Rights, They Call It Music, Total Buffoonery, WH2020, White Un-American Activities, White People: A Cancer on the World