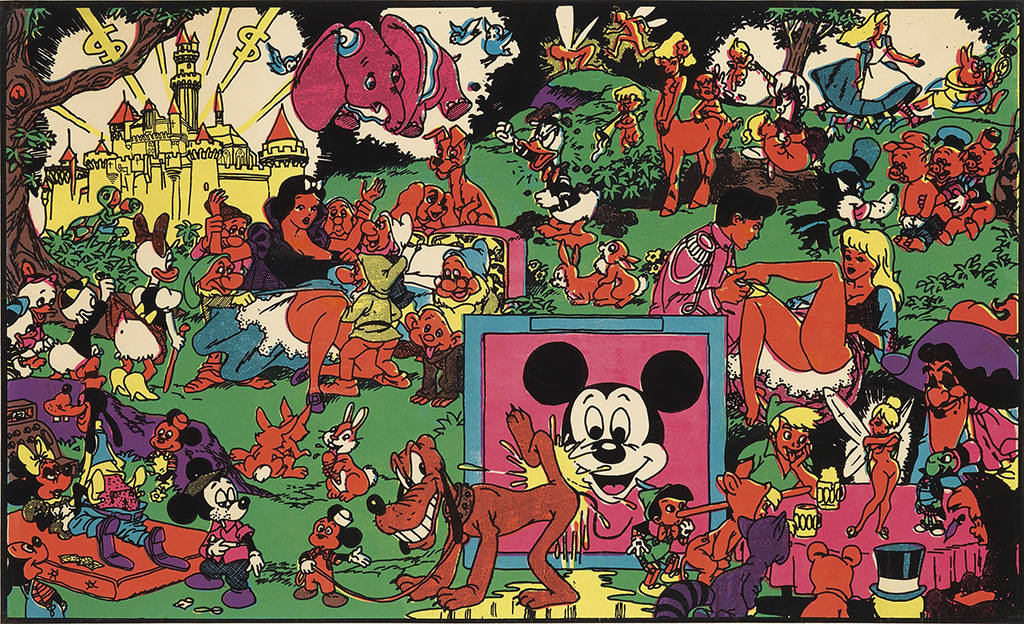 Angry, Entitled Disney Adults Are the Heart and Soul of the GOP

GROW THE F UP

The anti-”woke” movement is disproportionately focused on cartoons, theme parks, picture books, movies that feature talking snowmen and magic mirrors—things that are for children.

An immutable fact of childhood is that if kids love something enough, adults will eventually ruin it. My generation would know; we witnessed Cabbage Patch Kids mania, Tickle Me Elmo frenzy, Beanie Baby mayhem, and parents getting into actual fistfights over PlayStations. Saturday morning Pop Tarts commercials stacked between 22-minute advertisements for dolls and action figures masquerading as TV shows were correct: adults are the enemy of fun.

I’ve always read toy trends that turn into national embarrassments as generously as I could. In many cases it seemed like parents simply wanted what was best for their kids, and then got a little carried away, and then got a lot carried away. But a new generation of adults who are a little too invested in cultural products for children seems unconcerned with children’s enjoyment entirely, and seems to think that things made for America’s children—from Disney World to Dr. Seuss—should actually be tailored to the tastes of middle-aged white people.

There’s nothing inherently wrong with adults who haven’t lost touch with their inner child, adults without kids who do things like vacation at Disneyland or collect illustrated children’s books. There’s everything wrong with expecting children’s media and spaces to cater to the tastes of adults, just as it’s inappropriate for parents to expect adult-focused media and spaces to cater primarily to children. It’s as stupid for parents to get angry at the content of an R-rated film as it is for adults to get angry that Pepe Le Pew won’t be appearing alongside Bugs Bunny in the newest animated Warner Brothers film. An adult throwing a tantrum about Walt Disney World is as obnoxious as a toddler throwing a tantrum in a bar.

"Unsatisfied with railing against policies that promote social equality, conservative adults have moved on to railing against mere depictions of equality in children’s media. It’s not only obnoxious; quite frankly, it’s fucking weird."

Stole as much as we could before the Daily Blah's paywall kicked in, but all one need read is above; what could be added but further examples of juvenility?*Here's a surprise (to me, anyway):

Often attributed to Wally Wood, blog scholarship has decided that the work was originally designed by Disney artist Frank Follmer.