Available On The 80th Anniversary Of Pearl Harbor 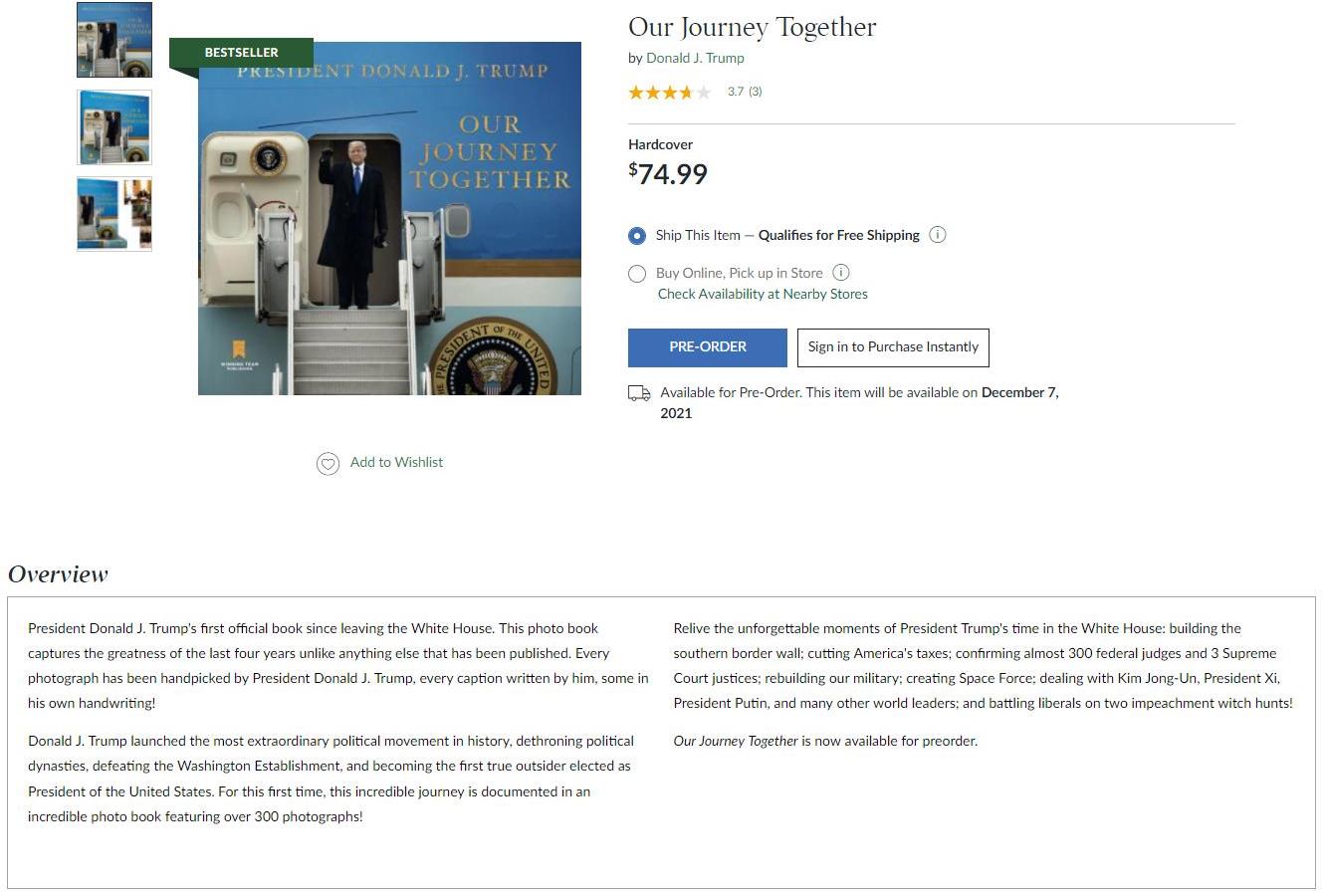 Donald J. Trump launched the most extraordinary political movement in history, dethroning political dynasties, defeating the Washington Establishment, and becoming the first true outsider elected as President of the United States. For this first time, this incredible journey is documented in an incredible photo book featuring over 300 photographs!

Our Journey Together is now available for preorder.

The jokes write themselves.