"Death From Above": Malcolm Gladwell Is A Murderous War Crime-Endorsing Chump

A skeptical reader may wonder: Why would Malcolm Gladwell, who seems to admire LeMay so much, talk at such great length about the lethality of LeMay’s Japanese firebombing? The answer lies in what this story leaves out. Mentioned only glancingly in Gladwell’s story are the atomic bombs dropped on Japan. The omission allows for a stupid and classically Gladwell argument: that indiscriminate firebombing brought a swift end to the war, and its attendant philosophical innovations continue to envelop us in a blanket of security that has not been adequately appreciated.

In 1968, he [Lemay] would join forces with segregationist George Wallace as the vice-presidential candidate on his “American Independent Party” ticket, a fact literally relegated to a footnote in Gladwell’s book. This kind of omission is par for the course in The Bomber Mafia. While Gladwell constantly reminds the reader that the air force leadership was trying to wage more effective wars so as to end all wars, he cannot help but shove under the rug that which is inconvenient. 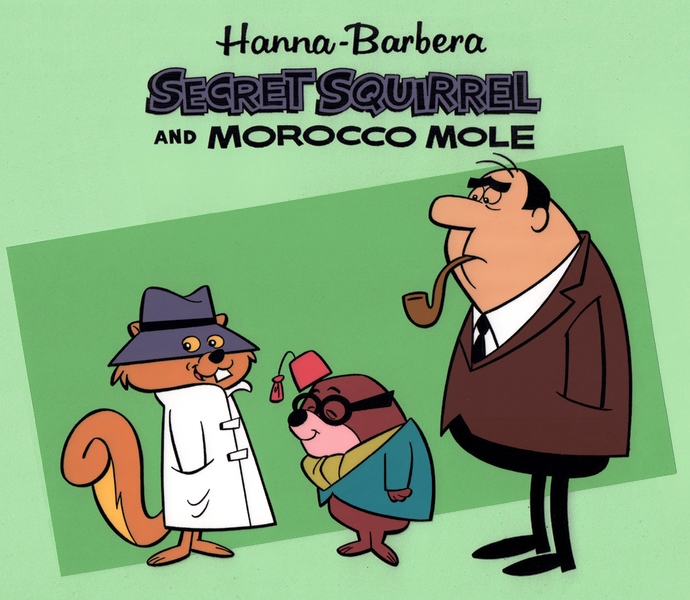 Is the squirrel supposed to look like a flasher, or does that say more about this reporter than Hanna-Barbera?
0 responses

"Missed It By That Much"

Brown vs. Board Of Education Decided, N.Y.S.E. Founded Under A Tree

No entity can force Americans to wear shirts & shoes to shop, either. Or force American men to wear a useless piece of cloth (LIKE A LEASH!!!) around their necks, can they? FREEDUMB!!!

Labels: ConspThry, Denial River, Down W/ Science, Fuck You, Fucking Sheep, Got to Be Free, Nature Wants You Dead, Republicans, The Dialectic, The Urge to Kill, These Are Your Rights, White People: A Cancer on the World

Henry Fonda Will Cut A Bitch
For His Birthday

Labels: Decline and Falling Down, Eat The Rich, Free Speech Isn't Free, Got to Be Free, Hatin' on America, Hating on Fucking Everybody and Everything, Local Action, The Urge to Kill, They Call It Music, WWIII

Labels: Book Report, Corporations, Fuck You, GUNS, Morbidity Report, The Militarized Society, The Urge to Kill, These Are Your Rights, Today In History, Today's Birthday, War in ah Babylon, WWIII

"Why is he up there doing all this and acting like the President? Why can't somebody stop it? This is driving me crazy!" Driving, lady? You're waaaay off the map.

Lin Wood states that Trump is still the president and that the military would call on him “for the code if they need a first strike.” He also states he believes Trump signed the Insurrection Act in secret. pic.twitter.com/8eA5e1VPER

"I am about as evil as a Boogie Man can be!"

No One Dead Yet, Just Nine Wounded

Labels: Existential Agony, Free Speech Isn't Free, Got to Be Free, GUNS, Hating on Fucking Everybody and Everything, Nihilism, Numb, Police Terror, Suffering, The Dialectic, The Urge to Kill, These Are Your Rights

by M. Bouffant     at 22:35
Andrew apparently not the spawn of Rudy Giuliani's first marriage, to his second cousin. Coulda fooled me.

If you low-rent mouthpieces like Russia so much, why dontcha go live there?
0 responses

Labels: Fuck You, Nazis, Republicans, These Are Your Rights, Total Buffoonery, WH16, WH2020, When Do We Start Killing The Aristocrats?, White Un-American Activities, White People: A Cancer on the World, WWIII

Rob Crilly / Daily Mail:
Trump returns!  Former president will hold his first three rallies since Jan 6 as he seeks to capitalize on crises engulfing Biden and lay down a marker for 2024
Wendell Husebo / Breitbart:   Report: Donald Trump to Hold Two Rallies in June and One July 3
The Right Scoop:   WATCH: Bret Baier GRILLS Liz Cheney and she gets quite annoyed and combative
Jim Hoft / The Gateway Pundit:   President Trump Plans Two Rallies in June - Staff Looking at Four Possible Venues

I mean, he can't have the level of S.S. protection he had when he was occupying the Executive Mansion, can he?
0 responses

Labels: Decline and Falling Down, Denial River, GUNS, Republicans, The Urge to Kill, WH2020, When Do We Start Killing The Aristocrats?, White People: A Cancer on the World, White Un-American Activities, WWIII

Friday The Thirteenth A Day Early

by M. Bouffant     at 13:05
Aaaannnd that's all we have here.
Nope, not a gawddam thing.
Although Thurs. the 13th has a certain alliteration to it.
0 responses

Labels: Empty, Ennui, Free Speech Isn't Free, Inertia, Nihilism, Numb, That About Which We Could Not Possibly Care Any Fucking Less, They Call It Music, Top Ten Turkeys, Total Buffoonery, Why Bother?

by M. Bouffant     at 05:13
This reporter's generation will always think of him as "Little" Stevie. 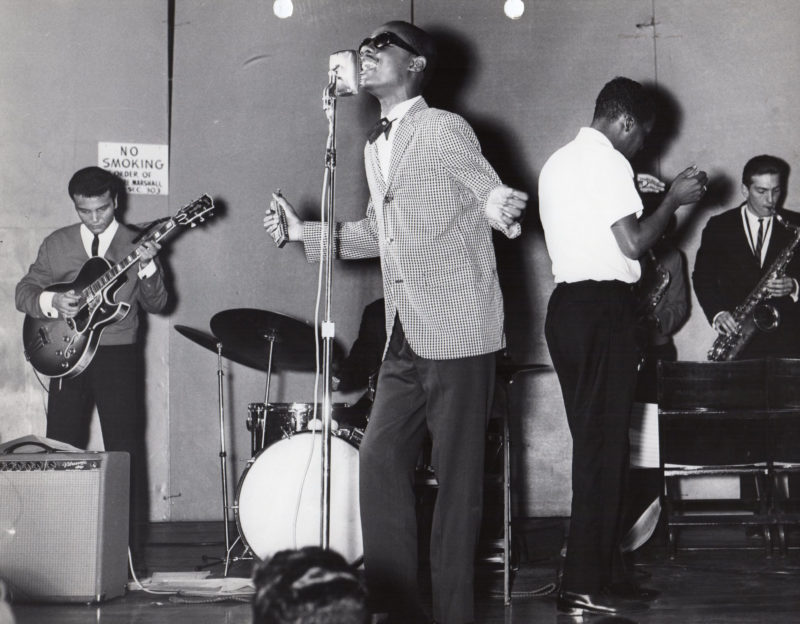 Labels: Something Good About America, The Militarized Society, These Are Your Rights, They Call It Music, Today In History, Today's Birthday, Un-American Activities, White People: A Cancer on the World, WWIII

Fuck Every One Of These Baby-Murdering Fucks

Return them all to active duty, court-martial them & take away their retirement money. Fucking fascist assholes.
2 responses