"Look at that face!
Would anyone vote for that?" 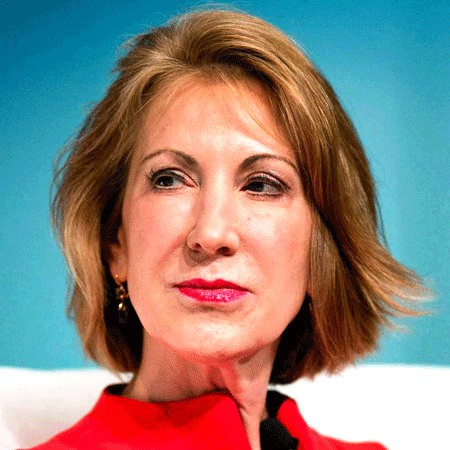 The Republic of California pronounces "good riddance to bad rubbish".

The Commonwealth of Virginia is stuck w/ that face now. And the usual line of bullshit.

Fiorina's name has been floated, according to a report in Politico, as one of the leading contenders to challenge incumbent Democratic Sen. Tim Kaine in the state. Her comments this week are the latest indication she's seriously considering a run.

She added it would be "very, very tough race" against Kaine.

Earlier in the interview, Fredericks said he was convinced Fiorina would run in 2018, noting her presence at many local events around the state.

Blah blah blah. Meaning she'll put a finger to the wind (Hey, I got a finger for you Sneed!) once the primaries are closer to determine what the drooling 'tard community (the only ones who could possibly contemplate voting for her) wants to be told this time around. Amusing that C.N.N. chose not to mention two-time loser Fiorina's 2010 California Senate flame, crash & burn, or her big-time loser business weasel record.